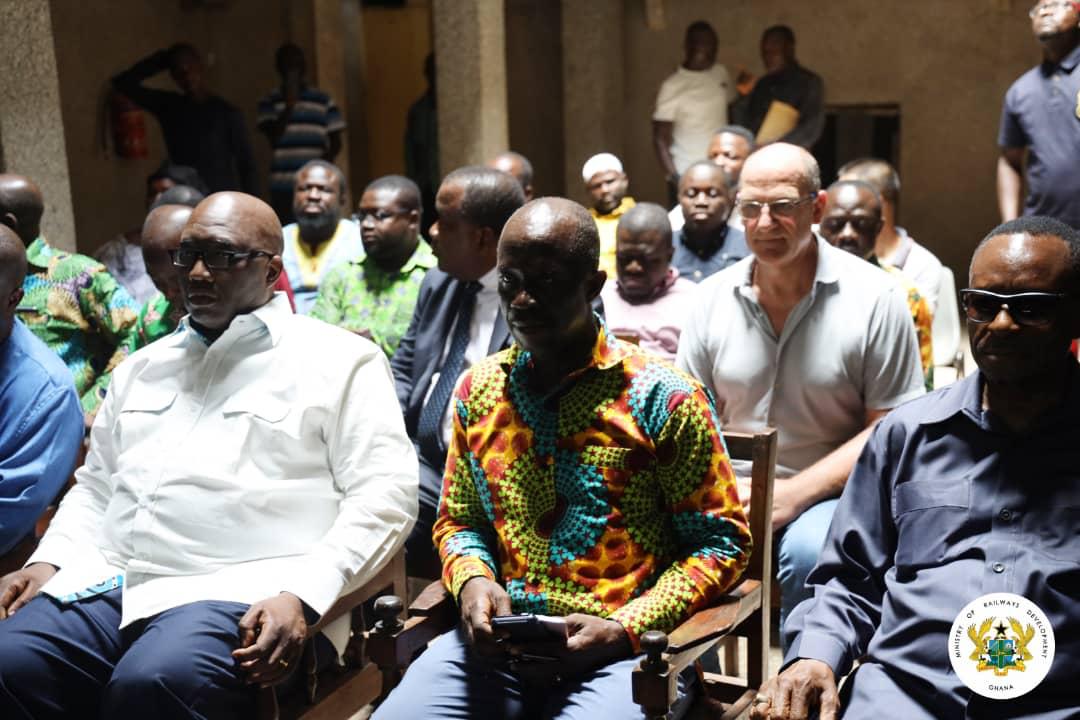 Dunkwa-on-Offin, a town located in the upper Denkyira has been earmarked for a major railway destination in the Central Region.

Mr. Joe Ghartey, the Minister for Railway Development made these revelations when he led an international team of railway experts to the Dunkwa Traditional Council and the Dunkwa Omanhene to discuss the implementation of the President’s vision of building a modern railway network across the country on Wednesday 22nd May 2019. The reason for settling on Dunkwa as a major railway centre according to the Minister is that it is a major junction on the Western Line.

Among Joe Ghartey’s team were the MPs for Upper Denkyira East and West, Hon. Nana Amoakoh and Hon. Samuel Nsowah-Djan, Team Engineering, designers of the Western Railway line, China Wuju, the contractors of the Western Line and officials of the Ministry of Railways Development.

Joe Ghartey disclosed that President Nana Addo Dankwa Akufo-Addo, has allocated $1billion for the Sector and $500m has been committed into the construction of the Western Line.

The project when completed will directly employ over 3,000 men and women in the area, an assurance that was warmly embraced by the traditional elders of the land.

To this end, Mr. Joe Ghartey appealed to the traditional authorities for a 60 acre land for China Wuju, Contractors of the project to pitch their camp for the project to start as soon as possible.

Addressing Mr. Ghartey and his team, the Ag. President of the Dunkwa Traditional Council, Nana Daasebre Oduro Akenteng, applauded the President for setting up the Ministry of Railways Development, adding that the move gave him a great sense of hope that a major economic wave of transformation was about to hit the country.

The Omanhene of the Dunkwa Traditional Area, Nana Okoforobuo Obeng Nuako III remained highly grateful to the President of Ghana for such a mighty vision to transform the country, saying the Traditional Authorities are ever ready to lend their support for the project and that they would immediately prepare the 60 acre space and hand it over for the project.

Need to maintain the Hon. Minister

The Acting President of the Traditional Council made a passionate appeal to the President never to dream of reshuffling the Minister for Railways Development, Joe Ghartey as the man was neck deep in making the Railway sector an attractive industry that would employ an overwhelming section of the populace.

Joe Ghartey suggested a steering committee made up of the Traditional Authorities, Ministry, agencies and the contractors be formed to see to the smooth implementation of the project.