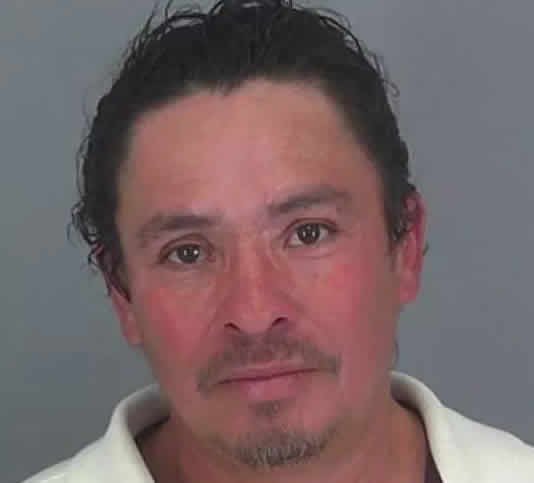 A suspected drink-driver sprayed Axe deodorant down his throat after being pulled over to disguise the smell of booze, police say.

Efren Mencia-Ramirez, 49, was seen ‘spraying Axe body spray in his mouth when (the deputy) approached to cover the smell of alcohol on his breath,’ according to a police report.

The bizarre scene is said to have unfolded after Mencia-Ramirez was pulled over on Interstate 85 near Spartanburg County in South Carolina Saturday night.

He caught a sheriff’s deputy’s attention after driving past the officer’s patrol car at high speed, then swerving into another lane.

After being pulled over, the deputy noted a 12 pack of beer on the passenger footwell of Mencia-Ramirez’s car.

Of those bottles, 11 had been opened, and 10 were almost empty. Mencia-Ramirez still had an open beer held between his legs after being approached, The State reported.

He was arrested on suspicion of drunk driving after failing multiple field sobriety tests. After being breath-tested at the sheriff’s office, Mencia-Ramirez was found to be almost twice the local drink drive limit.

He faces charges of Driving under the Influence, open (alcohol) container, no proof of insurance and no valid South Carolina driver’s licence. Mencia-Ramirez was listed as still being in custody Monday evening.