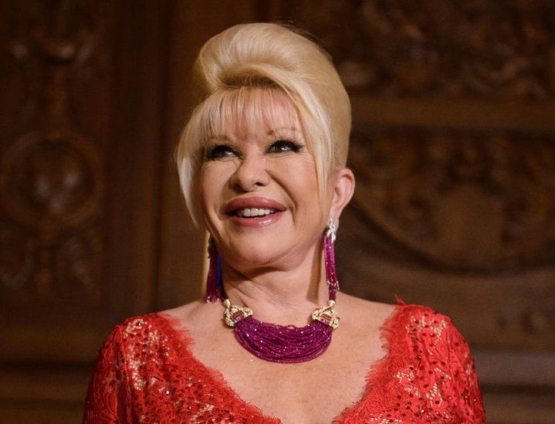 Ivana Trump, Donald Trump’s first wife and the mother of three of his children has died aged 73.

“She was a wonderful, beautiful, and amazing woman, who led a great and inspirational life,” Mr Trump posted on his social media platform Truth Social.

Ms Trump, who was born in what is now the Czech Republic, married the former president in 1977. They divorced 15 years later in 1992.

They had three children together – Donald Jr, Ivanka and Eric Trump.

Police believe the cause of death may be accidental, according to the Associated Press.

Sources told the news agency Ms Trump was found unconscious near a staircase at her New York City home, and it is believed she may have fallen.

Donald and Ivana Trump were notable public figures in New York in the 1980s and 1990s, and their split was the subject of intense public interest.

After their separation, Ms Trump went on to launch her own lines of beauty products, clothing and jewellery.

She took credit for bringing up their children in her 2017 memoir Raising Trump, saying she “made the decisions about their education, activities, travel, child care, and allowances” until college.

In the book, she added that her relationship with Mr Trump had improved since their divorce, and said she spoke to him about once a week. 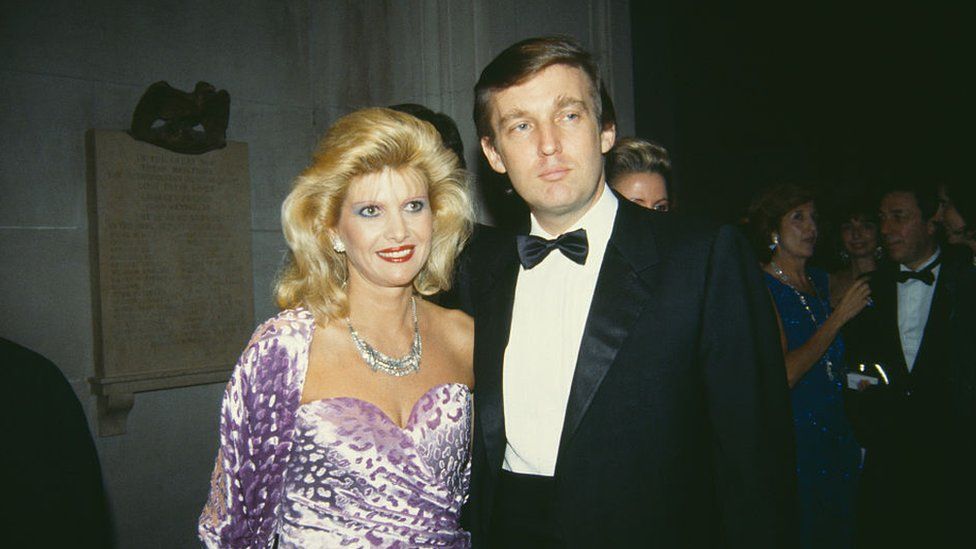 The Trump family lauded her in a statement as “a force in business, a world-class athlete, a radiant beauty, and caring mother and friend”.

“Ivana Trump was a survivor. She fled from communism and embraced this country,” the statement added. “She taught her children about grit and toughness, compassion and determination.”

Ivanka Trump, who was said to be very close to her mother, said in an Instagram post she was “heartbroken”.

“Mom was brilliant, charming, passionate and wickedly funny. She modelled strength, tenacity and determination in her every action. She lived life to the fullest – never forgoing an opportunity to laugh and dance,” she wrote.

Mr Trump was Ivana’s second husband. Her first, Alfred Winklmayr, was an Austrian ski instructor and friend who she reportedly married in order to obtain Austrian citizenship.

That marriage allowed her to leave her communist home country – which was then Czechoslovakia – without defecting.

A long-time skier, Ms Trump is said to have skied competitively in the country.

But Mr Trump’s claims that she was an alternate on the 1972 Winter Olympics team were refuted in 1989 by a local Olympic official.

While living in Canada in the 1970s, she worked as a ski instructor and model.

On a work trip to New York City in 1976, she met Mr Trump while with a group of models. They were married the following year and quickly became a tabloid fixture.

Over the course of their marriage, Ms Trump held several roles within the Trump Organization, including as manager of the Plaza Hotel in Manhattan.

But Mr Trump reportedly locked her out of her office at the hotel in 1990 as they sparred over four pre-nuptial agreements.

When the divorce settlement was finalised in 1992, Ms Trump had signed a non-disclosure agreement but also received $14m (£11.8m) and a mansion in Connecticut among other things.

She was also married twice more: to Italian businessman Riccardo Mazzucchelli, from 1995-97; and to Italian actor Rossano Rubicondi, from 2008-09.

Former New York City Mayor Rudy Giuliani wrote on Twitter that Ms Trump was “a truly talented, creative and beautiful person”, who had “contributed greatly” to his city.

It was one of many memorable quotes from the former model. In a cameo role in the 1996 movie The First Wives Club, she told disgruntled divorcees: “Ladies, you have to be strong and independent. And remember, don’t get mad, get everything.”