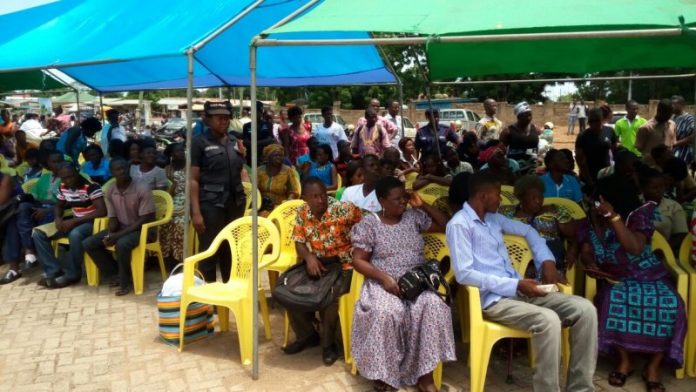 The ruling New Patriotic Party’s (NPP) Brong Ahafo Regional Vice Chairman, Kwame Baffoe popularly known as Abronye DC has revealed that contrary to assertions by former president John Dramani and elements within the opposition National Democratic Congress that customers of the now defunct DKM have not been paid their deposits as promised by the current government, about 98 percent of the company’s customers have been paid their deposits.

According to him, the former Brong Ahofo Regional Minister and Member of Parliament for Asunafo South Constituency in the Brong Ahafo Region Eric Opoku has been paid his whopping 1 million Ghana Cedis, adding that the MP received his payment even before the 2016 elections.

‘’I have said it severally on media networks, both television and radio that about 98 percent of DKM customers have been paid their monies. If it is a lie, why are they not challenging me? They should come and challenge me. You can find out from the official liquidator. So John Mahama should stop peddling falsehoods on his campaign platforms. Who were those that saw him and were crying that they have not been paid? He should let them come out and show themselves. You activate your phone lines right now and ask DKM customers who have not been paid to phone-in. they should stop that’’ he said on an Accra based radio station and monitored by BestNewsGH.com

He said all NDC appointees who had huge sums of monies stashed away with DKM including the then DCE for Bechem  who had 800 thousand cedis, while the DCEs for Nkoranza South and Nkoranza North who had 400 thousand and 900 thousand Ghana cedis respectively all received their monies in full before the 2016 elections.

‘’All these people collected all these huge sums of monies while the petty trader in the market whose due is 1 thousand Ghana cedis, will go for her money and will be given a paltry 3 hundred cedis. Even the Asutifi North DCE had 400 thousand cedis with the company and received payment in full. But look at the way they handled those who had meager amounts there. So how can they want to talk about DKM, they are not serious’’ he said