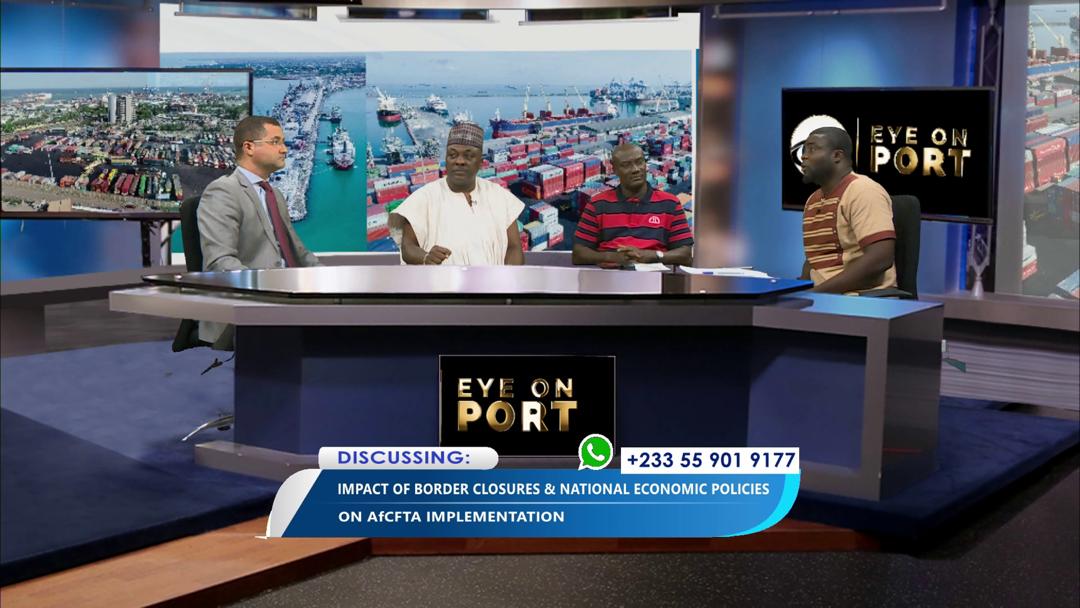 A Deputy Minister of Trade and Industry, Carlos Ahenkorah has stated that there seem to be no end in sight for the ongoing border closure by the Nigerian government.

Having led a delegation to Nigeria to negotiate the opening of that country’s borders to truckers that are carting goods from Ghana and neighbouring countries to Nigeria.

Carlos Ahenkorah has therefore advised truck owners and traders whose trucks are stranded at the Nigerian border to allow the truckers to come back to Ghana.

“The truckers must be willing to move because the border will not be opened anytime soon,” he said.

He said the President, Nana Addo has devoted some amount of money for the over 50 trucks stranded at the border to be brought back.

“President Nana Addo decided that we should go and bring back all the over 50 trucks. He doesn’t want us to leave anybody behind. He has devoted some amount of money that he doesn’t want to hear they don’t have money for fuel,” he revealed.

Speaking on Eye on Port’s live interactive platform on the impact of border closure and national economic policies on the African Continental free trade area implementation, he said it doesn’t appear the Nigerian government will open the border soon because of major revenue gains made as a result of the closure of the border.

“When they closed the border the realisation of duties and taxes that they got from the port actually incensed their desire to keep the border closed. They were able to improve their duty collection 4 times,” he disclosed

Carlos Ahenkorah who doubles as Member of Parliament for Tema West said there appears to be some unseen hands who are pushing for the continuous closure of the border because it inures to their benefit.

He said government has been able to engage authorities of Benin to allow the trucks back to Ghana at no cost to the traders.

He said government intends to secure a warehouse in Ghana for the traders to store their goods so that anytime the border is opened they can send the goods back.

The Deputy Minister stated that it won’t be in Ghana’s interest to also shut it borders as a revenge to the action of the Nigerian government.

He agreed with a caller into the programme who said traders should consider using the sea ports to Nigeria if the borders are closed, despite the seeming congestion that also produced at the Nigerian Ports.

Speaking on the same programme, the National President of Borderless Alliance Ghana, Ziad Hamoui faulted the Nigeria government for not informing its neighbouring countries and also engaging civil society’s ahead of the border closure.

He also expressed worry over the lack of an alternative route which would have reduced the difficulties traders are going through.

Clement Boateng, the National Organiser of GUTA expressed worry over the fact that ECOWAS was silent on the Nigerian border closure until the affected countries started complaining.

He also criticised Nigeria for the unilateral decision to close down it borders, hence, subjecting other members of the ECOWAS to difficult times and urged the Nigerian government to take a second look at its decision.

Clement Boateng commended government for the swift response to a petition on the border closure and also agreed that the border might not be opened now.

He said GUTA has considered other markets apart from Nigeria to trade with them.