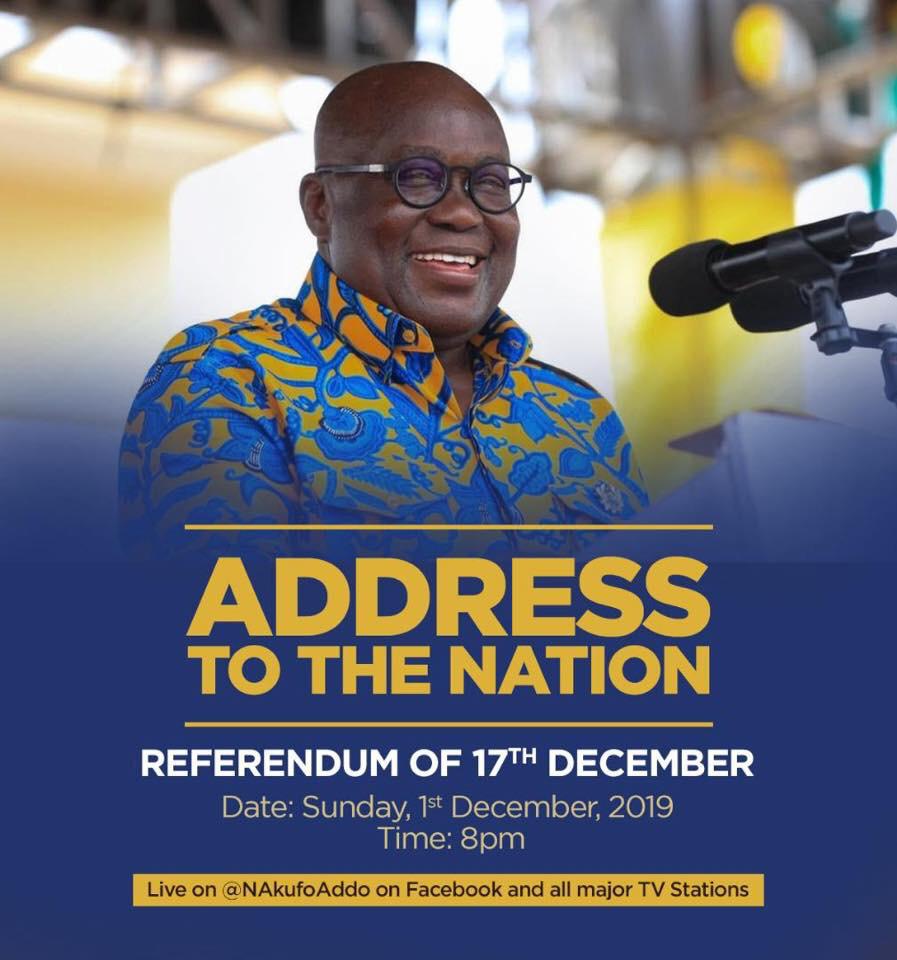 All major television networks including social media platforms will carry the broadcast which is due at 8pm, today, Sunday, December 1, 2019.

It is unclear what message the president will carry in the broadcast, particular when there seem to be sharp divisions on various fronts regarding the exercise which is supposed to pave way for the enactment of a law that will allow for the election of Metropolitan, Municipal and District Chief Executives (MMDCEs).

While the ruling New Patriotic Party (NPP) is in favour of the referendum, the opposition National Democratic Congress (NDC) which initially rallied behind the move, chickened out later.

The NDC believes the election of MMDCEs will further polarize the country along partisan lines.

Other groups including Civil Society, religious and chieftaincy have voiced their disagreement for the referendum.