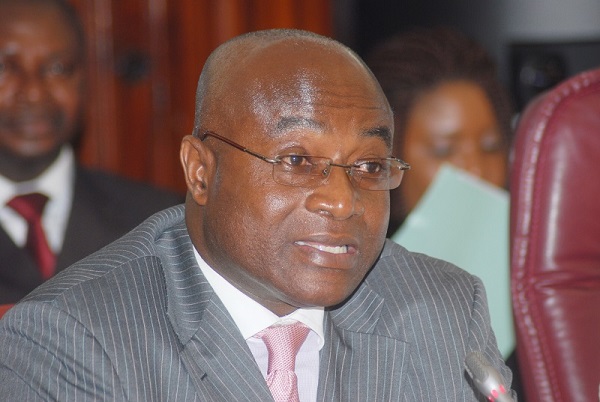 The Minister of Parliamentary Affairs, Mr Osei Kyei-Mensah-Bonsu, has called on Parliament to demand accountability on how revenues from the proposed E-Levy will be utilised rather than opposing its introduction.

According to him, the House as part of its accountability mechanisms must demand of government specific estimates for specific sectors and put in the necessary strategies to ensure that the money accrued from the E-Levy was used for the intended purposes.

“It is estimated that on the face value the E-Levy is going to rake in about GH¢9 billion and it is important that we demand of government to tell us how much it is going to use for roads, education, providing health infrastructure and other developments so we can effectively ensure that those monies have been spent on those specifics”, he stated.

Mr Kyei-Mensah-Bonsu said this when he took his turn at the Minister’s Press Briefing, organised by the Ministry of Information in Accra, yesterday.

He stated that it was when the citizenry saw and witnessed that money raised from E-Levy were being utilised for physical development that they would be encouraged to accept it.

He noted that the country had reached a stage where it must begin to raise money internally for its own development, stressing that the COVID-19 pandemic had pushed the country into a level where borrowing to finance development was no more feasible.

Mr Kyei-Mensah-Bonsu, who is also the Majority Leader in Parliament, stated that some high-level consensus on the E-Levy was still ongoing and believed that a compromise would be reached on the levy.

“It should be part of the responsibility of Parliament to demand of government that yes, we have come too far so let the Minister of Finance tell us what the monies will be used for. That is transparency and accountability and yes, if the people get to know that you have used their monies for tangibles and they believe in what you are doing, then they will be motivated to come along,” he said.

He said what would be generated through the E-Levy compared to the existing road fund was more and Ghanaians must support the government to succeed in that direction.

He said road contractors were owed more than GH ¢ 4.2billion and the e-levy would help resolve some of those challenges, stressing that “it is important for us to come to terms with the fact that cost of road construction and maintenance had escalated over the last two decades.”

Mr Kyei-Mensah Bonsu also suggested that ways and means must be involved to address the high attrition rate in Parliament since the practice was affecting the quality and efficiency of Parliament.

He explained that for Parliament to be accountable it required some level of strong and experienced leadership, adding that “Parliament requires to be transparent and accountable.”

That, he said, could be achieved only if Members of Parliament (MPs) were allowed to operate independently from the control of their parties.

“Parliament is as strong as the leadership of the committees and strengthening the heads of the various parliamentary committees is the only way out,” he emphasised.

Mr Kyei-Mensah-Bonsu, who is also the MP for Suame in the Ashanti Region, also called for a review in the constitution for a ceiling on the creation of constituencies in the country, saying, for him Ghana should have not more than 200 constituencies.