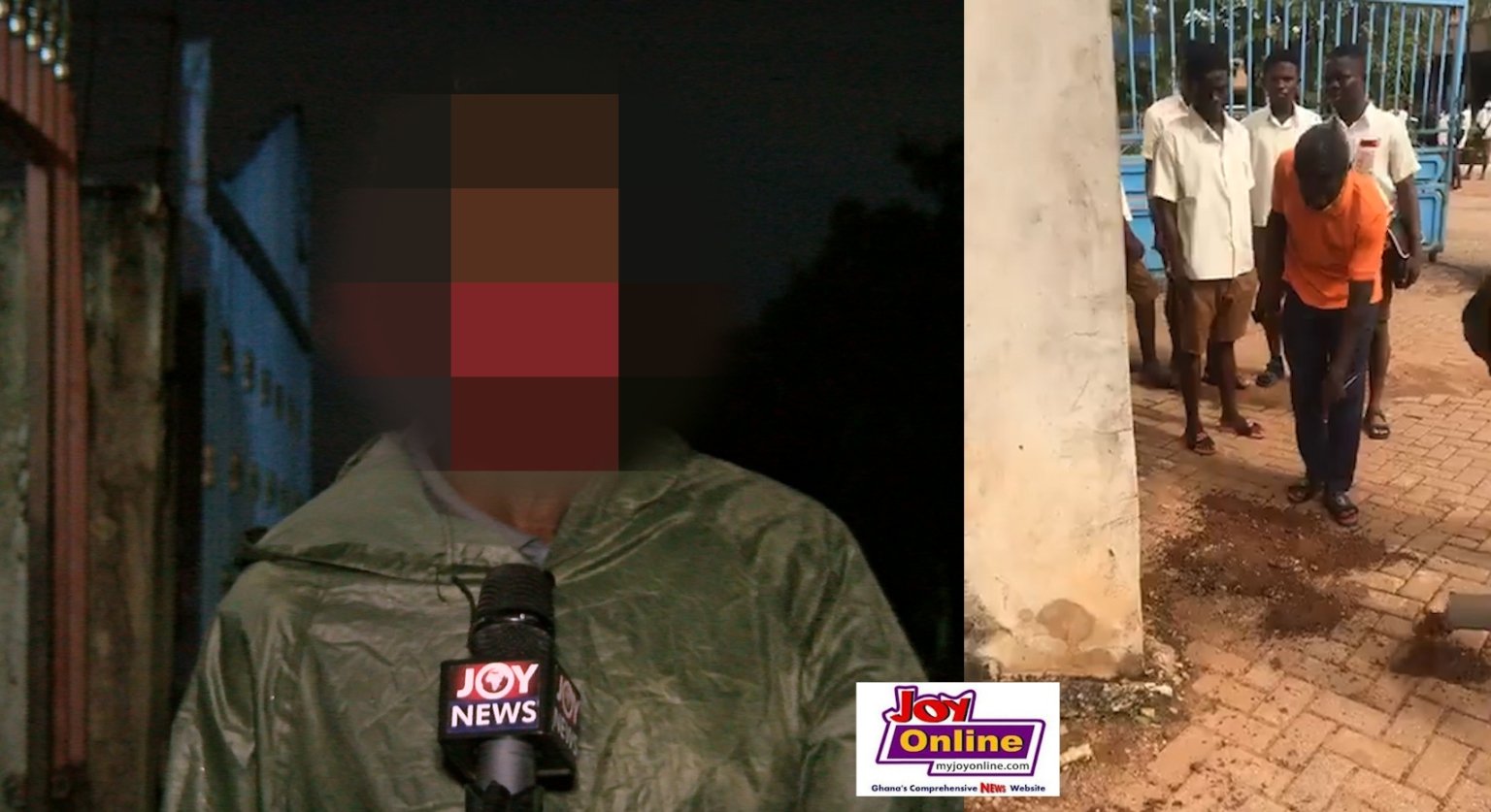 Police in Kumasi are on a manhunt for four armed men on motorbikes who robbed and killed a caretaker of the Bantama Seventh Day Adventist Church, in broad daylight, on Tuesday, June 30, 2020.

Mark Amofah was returning from the bank in the afternoon when the assailants on two unregistered motorbikes attacked him.

They reportedly took away GH4,300 in cash, at the church entrance, before shooting him at close range in the chest.

Not even the presence of students of nearby Adventist Senior High School that share a compound with the church and a security man on campus could scare the robbers off.

Cries for help by the father of three is believed to have angered the robbers who shot him.

Students and other eyewitnesses were drawn to the scene by the loud noise of gunshots fired by the robbers only to see the decease pant for breath.

“At about 1:00 p.m. after school had closed; we heard a very loud noise. We thought it was a tyre burst. Upon closer check, we saw the man in a pool of blood. He had gone to the Abrepo Junction branch of Ecobank, about 5-minutes’ drive to withdraw some cash for the church,” one eye witness narrated to JoyNews.

“The armed robbers, two on an unregistered motorbike each, trailed him from the bank. They pushed him into this corner before robbing him. His shouts of ‘armed robbers, armed robbers!’ may have infuriated the attackers. One of them ordered the other with the money to shoot him.”

According to an eyewitness, motorists refused to convey wounded Mr. Amofah to nearby Komfo Anokye Hospital, amid profuse bleeding.

Doctors pronounced him dead a few minutes on arrival at the hospital after he was eventually transported there in one of the church buses.

An eyewitness who spoke on condition of anonymity says the robbers trailed the deceased from the Abrepo Junction branch of Ecobank where he had withdrawn the money.

“Amofah collapsed here and bled profusely. Taxi drivers declined to pick him to hospital, apparently, because of the blood until the church bus arrived to convey him to Komfo Anokye Hospital. We were informed of his passing at about 1:30 p.m,” he said.

The deceased, until his death lived at the church premises located on Abrepo Junction-Suame Roundabout road with his three children and wife after relocating from Abuakwa during the Covid-19 lockdown.

Officers from the Suame Divisional Command visited the scene twice as part of investigations.

JoyNews sources say statements would be taken from key eyewitnesses while a search begins in earnest for the culprits.