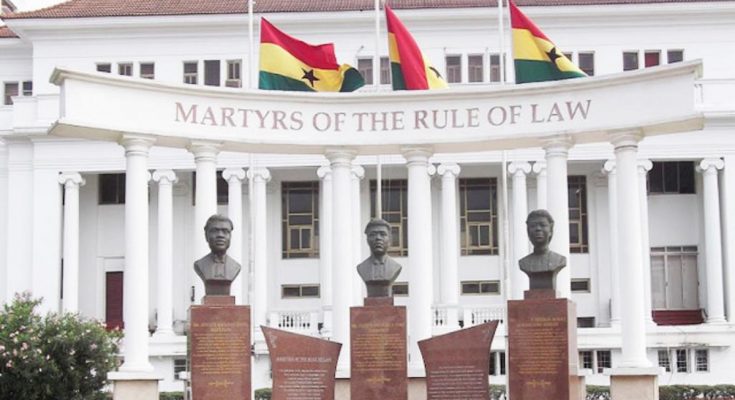 The Civic Forum Initiative (CFI), a coalition of 25 Civil Society Organisations (CSOs) in governance and democracy, has urged all Ghanaians to accept the final verdict of the Supreme Court on the 2020 election petition which judgement will be delivered on Thursday, March 4, 2021.

In addition, the forum called on the leadership of both the New Patriotic Party (NPP) and the National Democratic Congress (NDC) to advise their supporters against engaging in acts that had the potential to disturb the peace of the country in the aftermath of the judgement.

“Regardless of the outcome, we must remember to put Ghana first and take the necessary actions to ensure that our nation does not plunge into political turmoil,” the Chairman of the CFI, Major General Nii Carl Coleman (Retd), said at a press conference in Accra yesterday.

The press conference was organised by the CFI, in collaboration with the Institute for Democratic Governance (IDEG), on the need to maintain peace after the verdict.

Major Gen. Coleman encouraged the leadership of both the NPP and NDC to work together to eradicate the root causes of vigilantism, violence and the winner-takes-all system in the country in line with the 2020 Presidential Peace Pact.

“We also call on the Ghana Police Service to ensure law and order as well as the safety of citizens through professional conduct. We also plead with the media to be circumspect in their reportage and to ensure that their outlets do not become platforms for hate speech and insults,” he added.

The chairman further entreated stakeholders, including political parties and the media to remain calm as the nation awaited the apex court’s decision.

He reminded them of a peace pact signed between the NPP and NDC in 2012 where they pledged to abide by the Supreme Court’s decision on that year’s election petition filed by the NPP.

“This had a great influence on the nation after the verdict was announced and helped in stabilising the country. We are faced with a similar situation now and we think that it is appropriate to appeal to the entire country to similarly accept the verdict that would be pronounced on Thursday,” the chairman added.

Major Coleman said the 2020 general election could be said to be peaceful compared to elections elsewhere on the continent in spite of the fact that there were some incidents of violence, leading to loss of lives.

“We commend the leadership of the political parties including the flag bearers, the Electoral Commission (EC), the security agencies, CSOs and the media who contributed in diverse ways to ensuring the relatively peaceful elections.

“The high point was observed two days to the election when the flag bearers of the NPP and NDC appended their signatures to a Presidential Election Peace Pact to keep the peace, accept the election results or otherwise challenge its outcome peacefully in court,” he said.