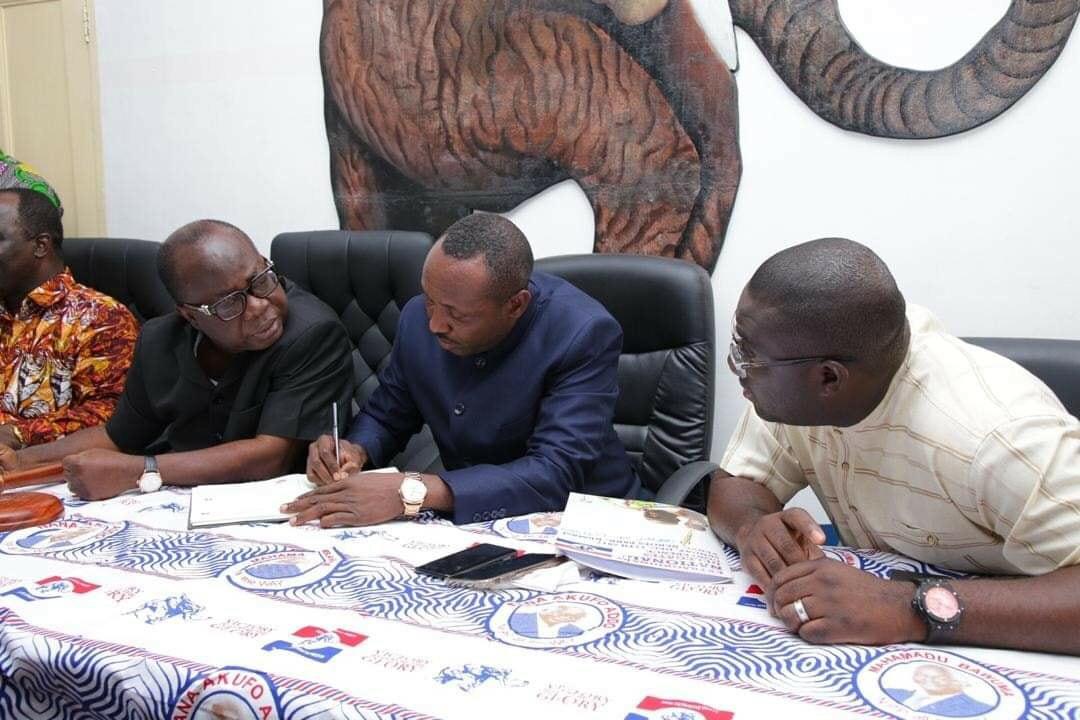 The National Organiser of the ruling New Patriotic Party (NPP), Sammi Awuku say the leadership of the party will continue to serve the rank and file of the party with respect, dignity and determination.

According to him, the cardinal goal of the leadership is work hard at delivering an emphatic victory for president Nana Addo Dankwa Akufo-Addo and the generality of the Party in 2020, adding that they will not be distracted from focusing on that objective.

Mr. Awuku explained that by the nature of their schedules as national officers, they travel across the length and breadth of the country to interact with the base of the party and will not under any circumstance shirk or renege on their responsibilities as leaders of the party.

‘’All we ask for is encouragement and support. We will adhere to criticisms and advice but not ridicule and attacks. Our resolve is solid and will be vindicated in the end. Let Love Lead’’ he wrote on his Facebook Page.

It is unclear what would have prompted the iconic and charismatic Board Chairman of the Youth Employment Agency to put out the statement, but this website believe it is a subtle response to comments in a video footage of party strong woman, Hajia Fati in which she criticized the party leadership for not doing enough, threatening to curse them should they fail to deliver victory to the president in the 2020 elections.