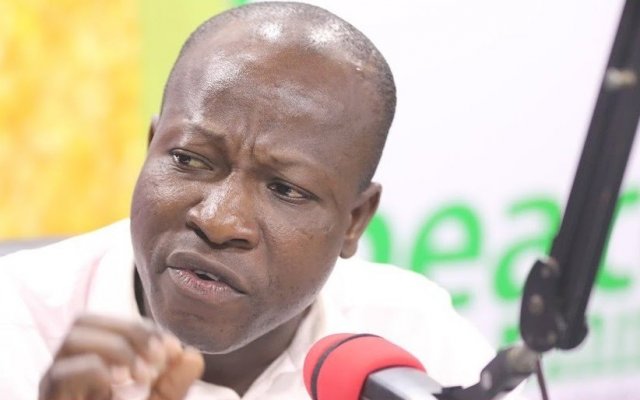 The Convention People’s Party (CPP) has called for an immediate end to the ongoing xenophobic attacks in South Africa.

A statement issued by the CPP and under the hand of its General Secretary, James Kwabena Bomfeh Jnr. also expressed regret at comments attributed to the Lulu Xingwana, the South African High Commissioner to Ghana.

‘’We are equally dismayed at the pronouncements “attributed” to the South African High Commissioner to Ghana purporting to rationalize the misdeeds of those engaged in these unacceptable acts of xenophobia. Contrary to the claims in the statement attributed to her, we live in an interdependent and mutually connected world where no nation is occupied by her indigenes alone. And South Africa is not exempt.’’

The CPP also called on the government of South Africa to institute measures that will ensure a permanent closure to the recurrent xenophobic attacks in that country.

‘’The CPP urges the South African government to act, as a matter of urgency, to put a permanent end to these recurrent acts of savagery from the criminal elements in South Africa whose acts of impunity have brought Africa’s image into disrepute. As fellow Africans and partners in the struggle for the unification of the African continent, we expect that all African peoples will be measured and careful in their responses to these unnecessary attacks.’’ 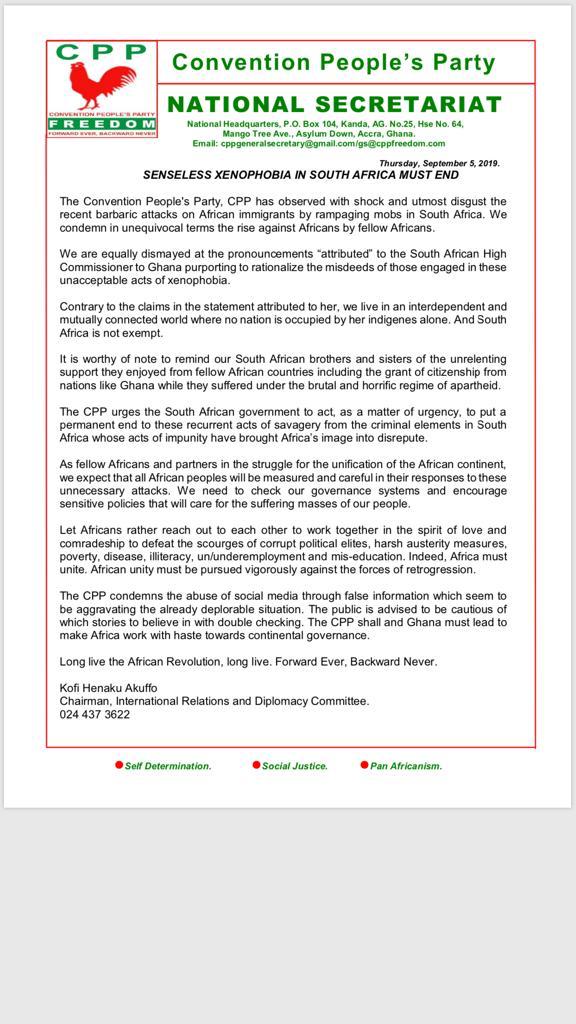