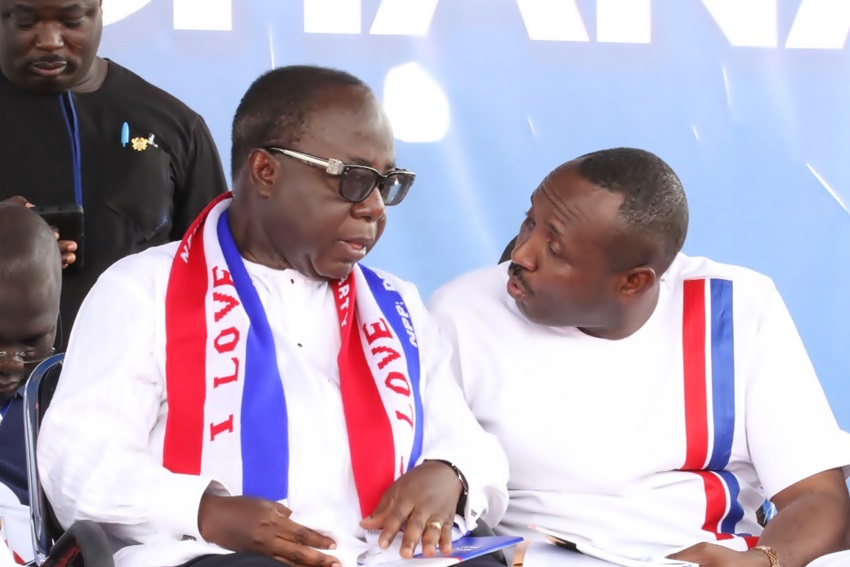 A Kumasi High Court has placed an injunction on the planned parliamentary primaries of the governing New Patriotic Party (NPP) in the Asawase constituency in Kumasi in the Ashanti region.

The court granted a request by an aide to Vice President Mahamudu Bawumia Manaf Ibrahim who has complained of unfairness in the build up to the Saturday polls.

The injunction sighted by Starr News barred any individual or group from holding the primaries in the constituency on Saturday.

The suit mentioned the NPP, electoral commission and the party’s selected candidate in the constituency as defendants. 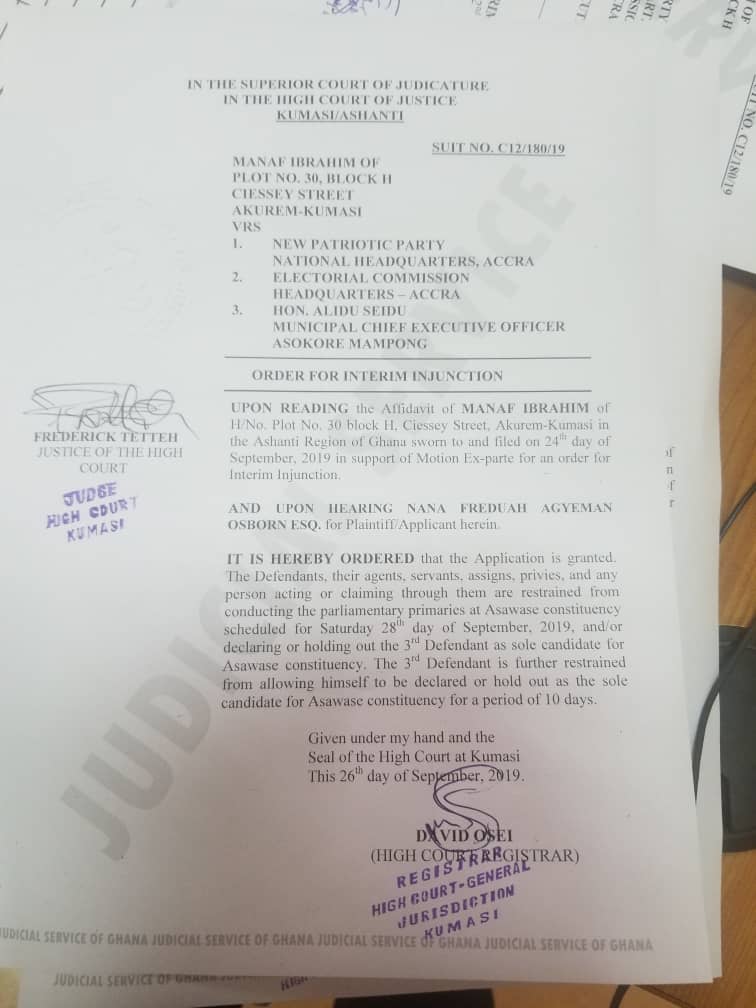 It warned the sole candidate not to allow himself to be declared as winner for a period of ten days.

The NPP, will, on Saturday September, 2019, hold parliamentary primaries across the country in all the 106 constituencies that the party has no sitting MPs (orphan constituencies).