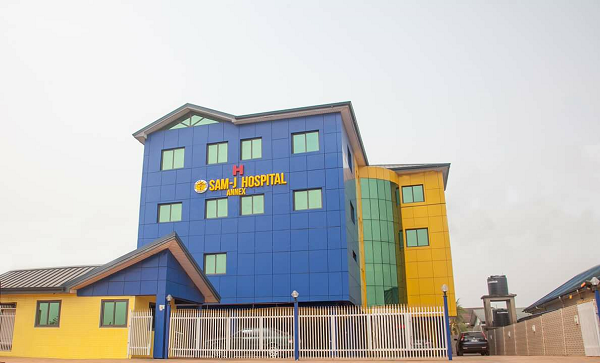 The Accra High Court (Commercial Division) has awarded GH¢326,456 in damages against the Sam-J Specialist Hospital in Accra for medical negligence that led to a baby suffering paralysis in the right arm.

The amount includes general damages of GH¢200,000 and costs of GH¢20,000 against the hospital and its owner, Dr Amoo Mensah, who the court said negligently failed to live up to professional medical standards in providing antenatal care for the baby’s mother.

The case of the plaintiffs, Kofi Duffour and Joyce Akyaah Barnes, who are parents of the baby, was that in March 2017, they sought antenatal care from the Sam-J Specialist Hospital, where Dr Mensah, an obstetrician gynaecologist, was assigned to care for the pregnant woman.

According to the woman, on one occasion when she attended the clinic, a scan taken of her unborn baby showed that it was too big and when she expressed concern about delivering a baby of that size, the doctor asked her not to be worried.

It was also the case of the woman that at one time during consultation, the doctor prescribed medication for her without telling her what it was meant to address, only to find out from the pharmacy that it was meant for diabetes.

Plaintiffs said they subsequently found out that the gestational diabetes was the cause of the increase in the weight of their baby.

They further averred that on the birth of their son, he was diagnosed with a condition called Erbs Palsy by the hospital and later referred to the 37 Military Hospital, where he was rather diagnosed with a condition known as klumpkys Palsy — a paralysis of the arm due to an injury of the network of spinal nerves resulting from a difficult delivery.

According to the plaintiffs, from what they were told by health providers and the literature they read, the injury was as a result of the big size of the baby and the mode of delivery.

They said when the doctor took the scan of the unborn baby and realised that it was big, he failed to advise them on the possible dangers of having a baby of that size for them to make an informed decision.

Again, the plaintiffs said, as a result of the injury to their son, they incurred substantial cost in seeking medical remedy in Ghana and India.

The case of the defendants was that when the woman started antenatal clinic with them, adequate and professional care was given to her.

According to the doctor, he was not negligent in his treatment of the woman before, during and after delivery.

The court, presided over by Justice Doreen G. Boakye-Agyei, held that although the plaintiffs sought the services of the private health facility and its owner for the best medical treatment to deliver a healthy baby, “their expectations were dashed due to the defendants not adhering to their own ethical and professional standards”, which left the child handicapped for life.