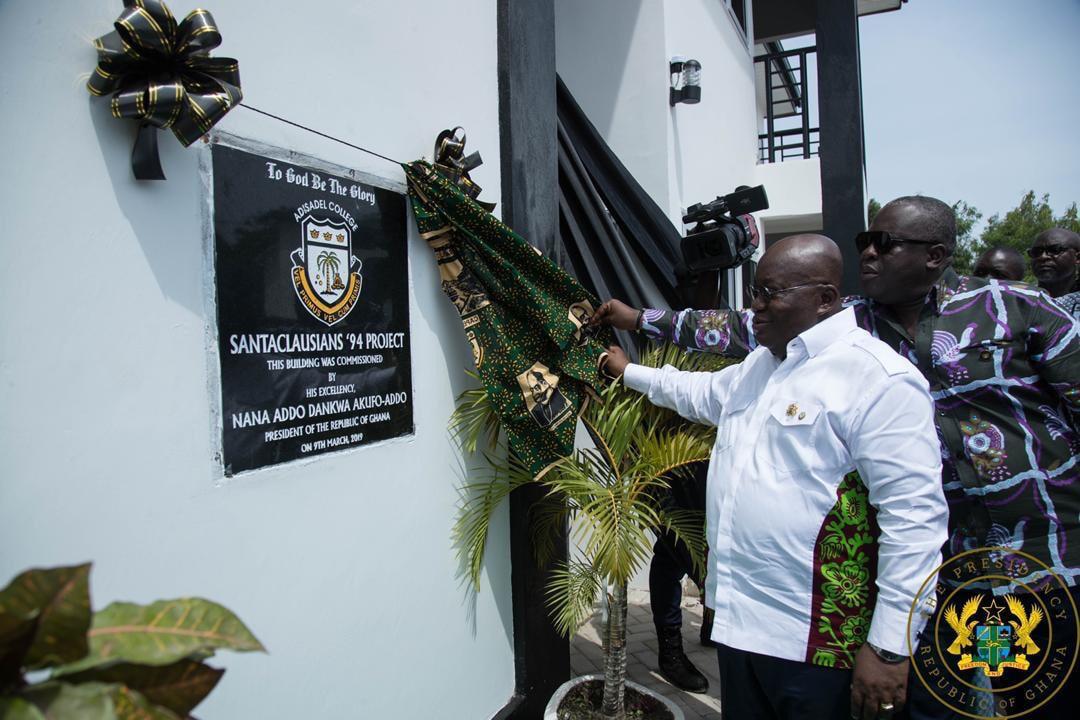 President Nana Addo Dankwa Akufo-Addo has announced that government will be signing contracts for the construction of two-storey classroom and two-storey dormitory blocks as interventions to end the Double-Track system within the next two weeks.

This, the president explains, will enable government seamlessly phase out the system without any student losing his or her education.

“Within two weeks, contracts are going to be awarded for the construction of a two-storey classroom block and a two-storey dormitory block as a double track facility intervention. This will be in addition to the completion of the dormitory block and the classroom about which much has been spoken. We will, in due course, phase out the double track system without loss to anyone’s education” the president said.

“It gladdens my heart that we, in Ghana, are now able to say that education in the public sector is free from Kindergarten to Senior High School. Ghana is proud to be a part of the nations in the world granting unfettered access to Senior High School education to all school-going children, a path that has been trodden by successful nations like the United States of America, Singapore, Finland, Canada, Japan, Korea and Malaysia,” the President said.

The introduction of the Double-Track calendar system, President Akufo-Addo stressed, is a temporary measure, aimed at ensuring that no student was denied the opportunity to further his or her education.

“The construction of new facilities and expansion of existing ones in the four hundred (400) High Schools, running double track, are progressing steadily, made possible by a $1.5 billion GETFund securitization initiative,” he said.

In addition to a new standards-based curriculum, which has mathematics, science, reading, writing and creativity at its heart, and will be rolled out from kindergarten to Class 6 in primary schools this year, the President stressed that all is set for the construction of 21 state-of-the-art Technical and Vocational Education Training (TVET) Centres this year.

On the news of a recent misunderstanding between the Board and Management of Adisadel, on one hand, and the Ghana Education Service, on the other, the President described it as unnecessary.

“As the body charged with managing schools, the authority and directives of GES cannot be disregarded, without introducing anarchy into our educational system. This recent impasse between the GES and Adisadel should not, and must not reoccur. There are more appropriate channels of addressing problems than resorting to open spats in the media,” he added.

In recognition of Adisadel’s 109th anniversary, and in commemoration of his visit, President Akufo-Addo stated that “GETFund is going to going to be instructed to complete this building in which today’s ceremony is being conducted, and to replace the bus about which the Assistant Headmaster complained.