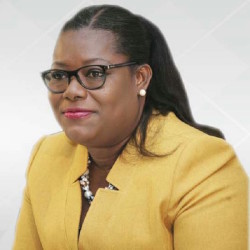 The former Minister for Gender, Children and Social Protection under John Mahama led administration, Nana Oye Lithur has hinted of her desire to contest the parliamentary primaries on the ticket of the opposition National Democratic Congress (NDC).

According to her, she would go for the Adenta constituency to possibly take back the seat from the ruling New Patriotic Party (NPP) in the 2020 general election.

Earlier in 2017, rumours were making rounds that, the former Gender Minister and a Human Rights lawyer, had made up her mind to contest parliamentary elections and would be eying either the Shama, Odododiodio, Krowor or Akropong seats.

But Nana Oye Lithur denied the rumours at the time and said she had not declared her intentions to contest for either of the aforementioned constituencies nor make such move.

However, in a twist of events, the former gender minister on Monday morning on the MetroTV, “Good Morning Ghana” newspaper review program with Randy Abbey, disclosed her final decision to contest the Adentan seat.

She said, even though she is still consulting the party grassroots supporters and elders, she is optimistic of contesting should nomination be open today for the NDC parliamentary primaries.

“Yes, what you heard is right, I am contesting for the Adentan parliamentary seat, but I am still consulting, I am in talks with our party grassroots and some of the elders of the party in the constituency. So if our party open nomination, certainly I will pick a form for the Adentan Seat,” Nana Oye confirmed with Randy Abbey.

The two major political parties, the NDC and the NPP had both held the seat since it was carved out from the Ashaiman constituency in 2004.

The seat is such that, no elected Member of Parliament had ever held it in two terms in office, except the NDC that managed to retain it but certainly not with the same candidate.

The late Opare Hammond of the NPP, won the seat in 2004 and was the first MP but served only one term.

He was kicked at a national election in 2008 by Mr Kojo Adu Asare of the NDC, but he too did not stay on beyond a term as he was overthrown by his own party man, Emmanuel Nii Ashimoore, in 2012 at the party primaries and went on to retain the seat for the NDC.

Just like his predecessors, Nii Ashimoore too lost the battle at the party primaries in 2015 by Mohammed Adamu Ramadan of the NDC, but unlike Ashimoore who managed to keep the seat after overthrowing his own man Adu Asare, Ramadan failed and Yaw Buabeng Asamoah of the NPP snatched it inn2016.

Going into 2020, it is now clear Nana Oye Lithur would battle it with Ramadan at the NDC party primaries, even though more might join when nominations are one in the race to unseat Yaw Buabeng.

Meanwhile, unconfirmed information from the camp of the NPP indicated that, about two strong young members of the NPP are lacing their boots to face Yaw Buabeng, as any rumour within the party indicates he might let the seat back to the NDC upon allegation that, he is losing his popularity within the ranks and file of NPP and residents in General.

This, however, pointed out that the Adenta parliamentary seat would be one of the hottest seats to be watched by the media and political analysts as the political battlegrounds become more interesting than drama.