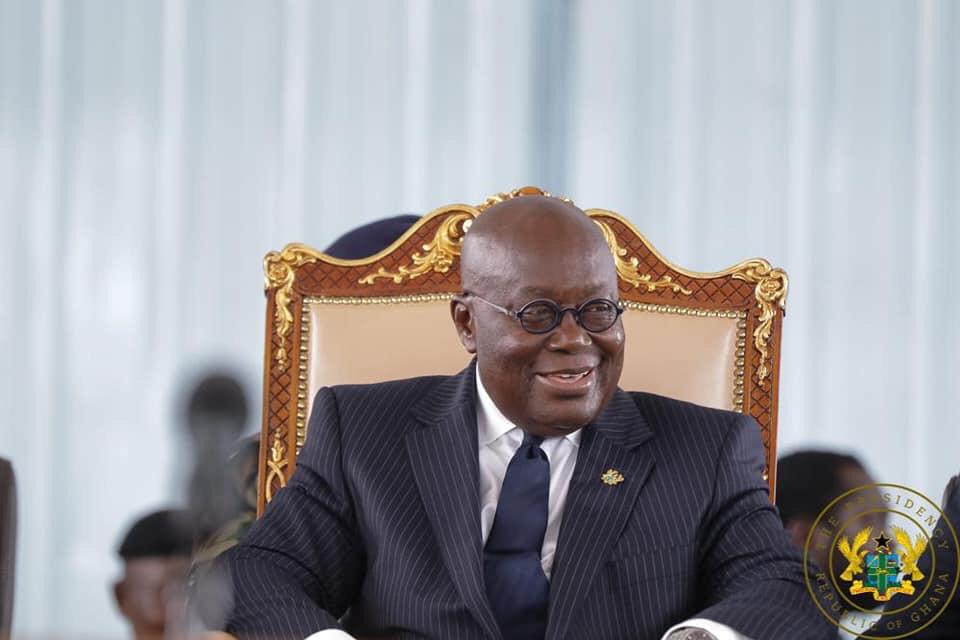 President Nana Addo Dankwa Akufo-Addo has stated that his commitment to fight corruption remains unfazed, but it was not within his power to exonerate people accused of graft.

In an apparent response to critics who accused him of clearing appointees accused of corruption, he stated that he would not be pushed to act on mere hearsays and allegations against persons in his government, but would let the accountability institutions do their work.

Addressing the 2019 Conference of the Ghana Bar Association (GBA) in Takoradi in the Western Region, he said, “It is not my job to clear or convict any person accused of wrongdoing or of engaging in acts of corruption.

“My job is to act on allegations of corruption by referring the issue or issues to the proper investigative agencies for the relevant enquiry and necessary action. That is exactly what has been done since I assumed the mantle of leadership on 7th January, 2017.

“If an appointee is cleared of any wrongdoing, the evidence adduced and recommendations made by these agencies, after the investigations are concluded, are what clear the accused persons, not myself. None of these agencies has ever indicated any pressure from the Executive over their investigations,” he emphasised.

President Akufo-Addo explained that every single allegation of corruption levelled against his appointees was being or had been investigated by independent bodies, such as Commission on Human Rights and Administrative Justice (CHRAJ), Criminal Investigation Department (CID) and, in some cases, by Parliament itself.

He said people ought not to be condemned on the basis of mere allegations because that would be “the law of the jungle”.

“From the allegations against the then Minister-designate for Energy at his parliamentary confirmation hearings; to that against the former CEO of BOST, to those against the two deputy Chiefs of Staff; to the conflict of interest allegations against the Minister for Finance; to the claims of extortion against the Trade and Industry Minister; to allegations of doubling in visa racketeering against the then deputy Minister for Youth and Sports, the then Director-General of the National Sports Authority, who, even though exonerated by the CID, later resigned, and the Chairperson of the Board of the National Sports Authority; to the allegations of bribery levelled against the Secretary to the Inter-Ministerial Committee on Illegal Mining; to the latest involving the suspended acting CEO of the Public Procurement Authority (PPA) and the dismissed CEO of the National Youth Authority – they have all been investigated or are being investigated by the authorised institutions of our state, and not by President Akufo-Addo,” he stressed.

Corruption tag will not work

“The orchestrated attempts by my opponents to hang the tag of corruption on the necks of my government and myself, despite all the manifest efforts being made to deal with the phenomenon of corruption will not work,” he said.

“I did not come into public life to enrich myself,” he stressed.

President Akufo-Addo noted that Ghana’s most promising avenue to make tangible progress in the fight against corruption was to bolster and strengthen state anti-graft institutions to carry out their mandate effectively.

He explained that government had systematically increased the funding for the accountability institutions such as Parliament, the Judiciary, the Office of the Attorney-General, CHRAJ and the Auditor-General.

The President reiterated the fulfillment of the campaign promise to establish an independent Office of Special Prosecutor to focus on the prosecution of corruption-related offences.

The office, he said, was up and running, manned by an experienced, well-known prosecutor, who was an active member of the opposition National Democratic Congress, and cannot be described, by any stretch of the imagination, as a member or sympathiser of the ruling New Patriotic Party.

“His appointment was deliberate to highlight the independent nature of the office. I am optimistic his work will justify the confidence the Ghanaian people and I have in him,” President Akufo-Addo added.

With 21 officials of the previous administration standing trial over their involvement in alleged acts of corruption or causing financial loss to the state, amounting collectively to the tune of some GH¢772 million, the President stated that their trials were being conducted in the normal manner, with the safeguards that the law grants all accused persons, so that due process is respected.

He was optimistic that the courts would at the appropriate moment deliver their verdicts.

The President reminded the gathering that many of the actions taken by his government in dealing with alleged acts of corruption were unheard of in times past.

“The days when the ‘punishment’ of erring public officials was their relocation to the presidency are over.

“Where prosecutions are called for, they have been or will be initiated. The war against corruption will not be won overnight, but with political will, it will be won,” he added.

Attorney-General and Minister for Justice, Ms Gloria Akuffo said there was the need to scale up issues concerning national security for the good of all, and “we need to make Ghana great and strong through the enforcement of rule of law”.

She said the rule of law was dependent on an efficient and effective justice system, adding that it is imperative that the judiciary pauses from time to time to reflect, interrogate and gauge the success of its operations and needed interventions to contribute to national development.

The Attorney-General said securing the rule of law is in our national security interests in the wake of organised crimes and natural and manmade disasters.

President of the Ghana Bar Association, Mr Anthony Forson Junior, called for the review of the budgetary allocation for judges to ensure independent and fairness in the justice delivery system.

He also called for increased facilities for law education to increase the number of professionals in the sector, adding that the digitisation of many of their activities was on course.

Mr Forson also called on the President to be firm in dealing with members of his government who fall foul of the law. “We know you are as strong as the Akufo-Addo who achieved lots for the rule of law in your hay days.”

Justice Julius Ansah, acting Chief Justice, said the 1992 Constitution demonstrated the supremacy of the rule of law, and called on all to work in the interest of the security.

Mr Kwabena Okyere-Darko, the Western Regional Minister, said youth unemployment and bad roads, among others, have led to various concerns, adding that providing employment with assured incomes, as well as good security, was crucial in enhancing national security.

He said lawyers are strategic partners in promoting businesses in the region.

“I believe in our collaboration as promoters of local economic development on one hand and members of the GBA as facilitators on the other, drafting business agreements and settling disputes through Alternative Dispute Resolution mechanisms should make businesses thrive without undue recourse to legal procedures”, he said.