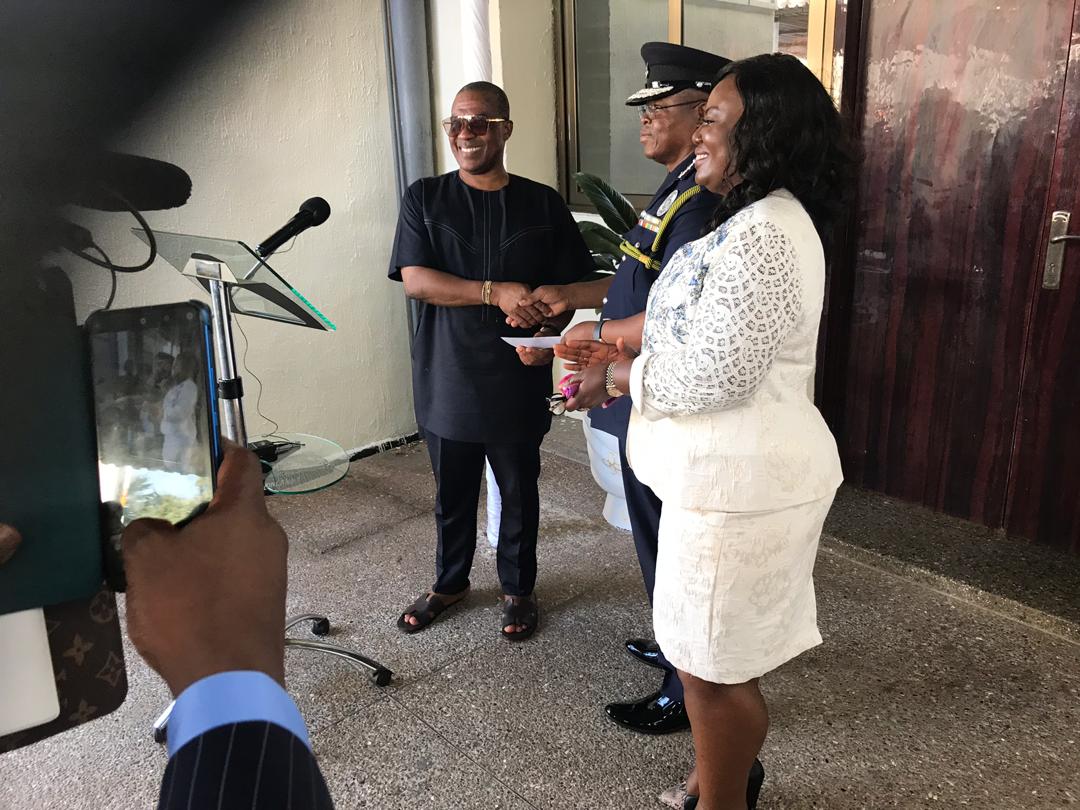 The Director General of the Criminal Investigations Department ((CID) of the Ghana Police Service, Commissioner of Police (COP) Maame Yaa Tiwaa Addo Danquah together with the National Lotteries Authority (NLA) have Commissioned two brand new elevators for the CID Headquarters.

The elevators are the first of the kind to be installed in the CID Headquarters since its construction several decades ago.

The move is the effort of the CID boss who solicited the support of the National Lotteries Authority and followed up with presentations and other forms of communication to convince the Board of the NLA on the need to have the elevators installed at the CID Headquarters.

Narrating how she became passionate about getting the elevators to serve the hundreds of people who visit the Department on a daily basis to access their services, Mrs. Addo Danquah recalled how she met an old lady struggling to climb the stairs of the building some time ago.

‘’I decided to ensure that these elevators are fixed so that every client that comes to us will do so without any difficulty’’ she averred.

She said it was that experience that ignited the desire and passion in her to make the building disability friendly, culminating in the choice of the NLA to support the project.

The CID boss was full of praise for the Police administration, the NLA, Vas Intel and ARG Africa for the various roles they played to actualizing the project. 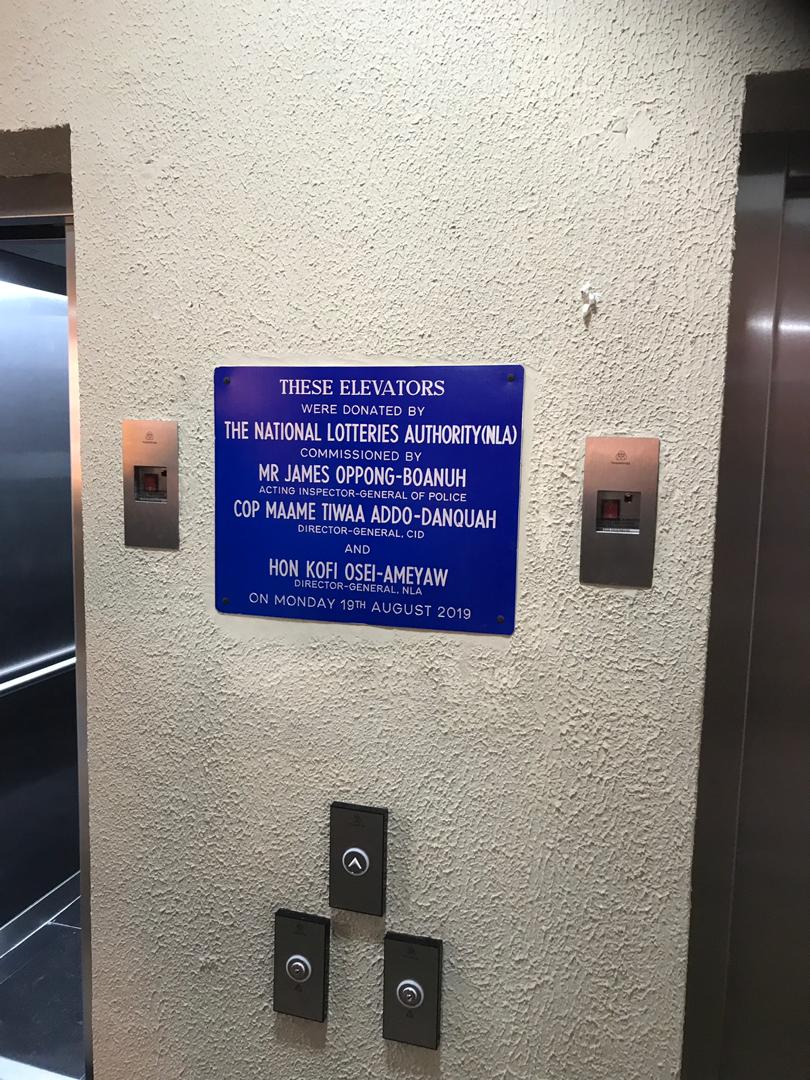 ‘’We are not going to leave it like this. There are a lot of plans to give this building a face-lift, and the cost runs into millions of Ghana Cedis and I know, the NLA DG is here, he said I should not come back, but I cannot make that promise that I will not come back. When we get to that level, I know the DG will come to the aid of the CID’’ Mrs. Addo Danquah opined further.

The Director General of the National Lotteries Authority, Kofi Osei Ameyaw on his part eulogized the CID boss for her dedication, hardwork, commitment and resilience which eventually saw the realization of the project.

He said the gesture by the NLA to support the procurement and installation of the elevators emanate from the belief that the elevators will not only serve the clients who visit the department on a daily basis, but will also aid the police officers in the prosecution of their mandate.

The Acting Inspector General of Police (IGP), James Oppong Boanuh on his part emphasized the important role of the Police Criminal Investigations Department, saying ‘’we can only ignore the CID at our peril. I must say that the CID is doing very very very well’’.

The Acting IGP said the Police Administration and the CID had put in place proper monitoring and reporting systems where they capture almost everything (crime) that happens, a situation that has resulted in the seeming increase in the number of crime cases in some months.

He congratulated the CID boss for the realization of the project and also wished her well on the occasion of her 50th Birthday which coincided with handing over of the brand new elevators yesterday, Monday, August 19, 2019. 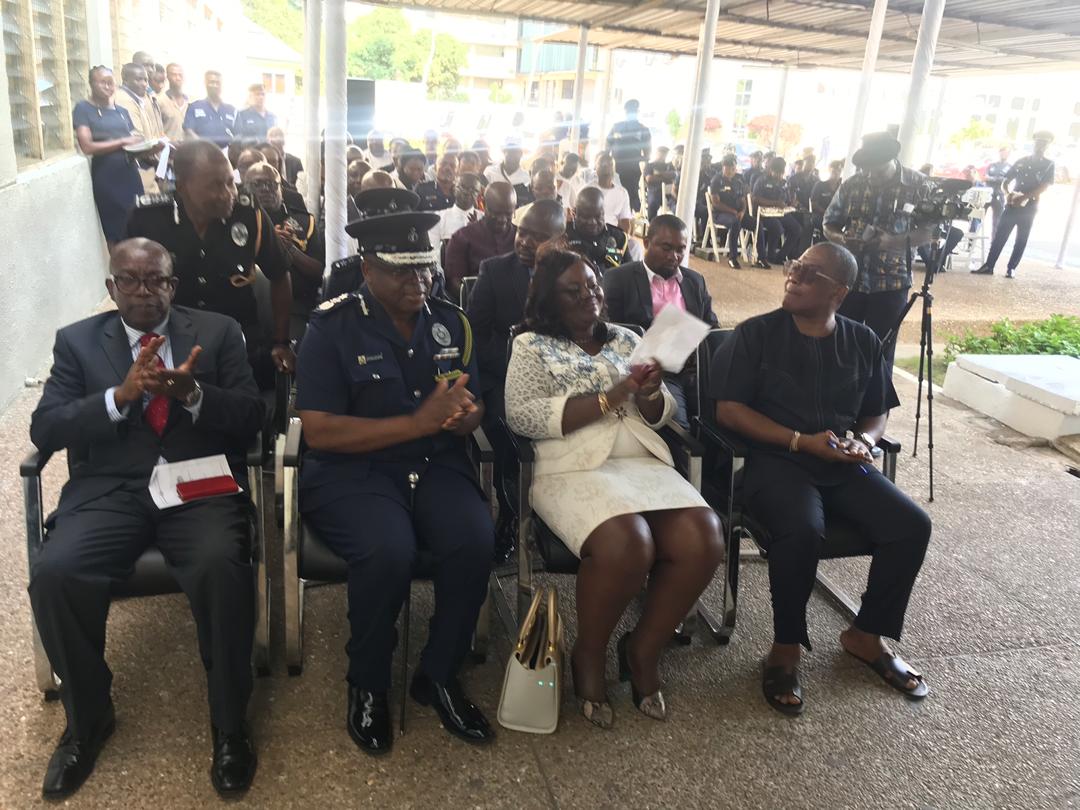