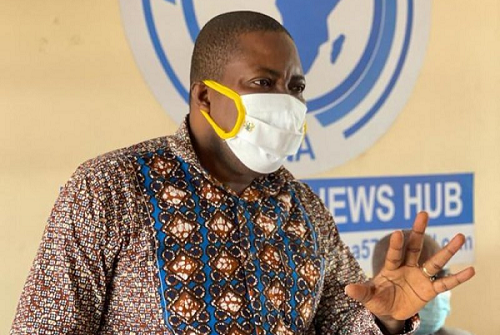 The Programmes Manager of the National AIDS/STI Control Programme, Dr Stephen Ayisi Addo, has stated categorically that it is illegal for churches and religious leaders to demand HIV test from potential couples before blessing their marriage.

“Love is bigger than HIV; and no church or pastor has the right to deny a potential couple the right for marriage because they have tested positive to HIV. It is illegal for pastors and churches to demand mandatory HIV screening before the marriage of couples are blessed, and such affected persons could seek legal redress.

“One’s HIV status was not the standard to measure their ability to love and procreate,” Dr Ayisi Addo made the remarks at the fifth edition of the GNA-Tema Stakeholder Engagement and Worker’s Appreciation Day, a Seminar organized by the Tema Office of the Ghana News Agency.

The monthly Stakeholder Engagement is a progressive media caucus platform created to give opportunity to state and non-state stakeholders to interact with journalists, and address national issues.

Dr Ayisi Addo speaking on the topic: “Workplace policy on HIV/AIDS, who enforces it: Legal basis for churches demanding HIV/AIDS test from would be partners? Role of partners of infected individual,” questioned the rational for such mandatory screenings for only HIV and not for other STIs, health problems.

“Why would any pastor reckon that it was appropriate for such demands to be made prior to blessing couples? Under the current laws, no one, especially pastors, could demand a couple’s status before going ahead to join them in holy matrimony.”

Dr Ayisi Addo said; “if there is someone who is negative, but still wants to marry a partner who is positive, you must not prevent them in anyway; it is their responsibility to own their results and not forced to disclose it to anyone”.

He said there were a number of couples who were happily married and have had children with negative HIV status, and said, “Imagine if such persons were denied marriage just because they were HIV positive, that would have been denying them a life.”

He noted that it was also illegal to surreptitiously ask a medical person to take samples of would be couples for HIV test before blessing their marriages, and said, “nobody’s status should be disclosed to a third party without their consent”.

Dr Ayisi Addo said, as a programme, they were interested in many people knowing their status because it was the only way for persons who tested positive to be put on treatment and have viral suppression in context of the current aspirational target of the programme.

This, he said, was based on the principle and the science that when somebody has viral suppression, the person would not transmit the virus, emphasizing that undetectable viral is non-transmissible and that was the only way the chain of transmission could be broken.

Mr Francis Ameyibor, Tema Regional Manager of GNA said the seminar was anchored on responsive communication as a weapon for attitudinal change advocacy, which hinged on amalgamation of HIV prevention, and encouragement for healthy lifestyle.

He said GNA-Tema would support the work of the National HIV/STI Control Programme to achieve maximum impact through consistent public advocacy and sensitization to demystify the myth surrounding HIV.