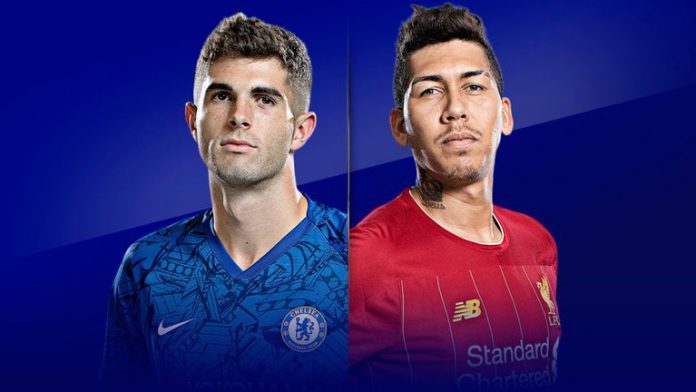 When this group was drawn, not too many people would’ve expected Salzburg to be tussling with Liverpool and Napoli come match-day six, though the Austrian outfit have defied expectations and have shown the wider audience they’re a side capable of doing the business at this level.

What has really impressed about Salzburg is the way in which they’ve got at teams, played without fear and scored plenty of goals. It’s no fluke Jesse Marsch’s men have scored more goals than each of the other three sides in Group E.

The Austrians have adopted a forward-thinking approach at every turn.

As the holders, Liverpool would’ve been hoping to breeze through the group stage, especially as they only just scraped through last season. Unfortunately, they’ve done no such thing. Thanks to a few lacklustre efforts, Jurgen Klopp’s men come into match-day six needing a point, which on the face of it, seems highly likely; but they’re visiting a strong side, so a point isn’t guaranteed.

Liverpool’s away-day efforts in Group E have been mixed. They failed to turn up when losing 2-0 at Napoli, while they won without really getting out of second gear in Belgium, beating Genk by four goals to one.

Napoli’s place in the last-16 isn’t guaranteed, but Carlo Ancelotti’s men are likely to be feeling confident ahead of this final match, a match that is against the weakest team in the group.

Without being overly flamboyant, the Italian outfit have ticked along nicely in Group E. They’ve not conceded many goals, have kept themselves in games and have ultimately been a very tough nut to crack. They’ve conceded just four goals, only one of which has come at this venue while their recent draw at Anfield shows just how tough they are to get the better of.

When this pair met in Belgium, they drew 0-0. Ancelotti’s men may have been disappointed to draw, but the fact that they gave very little away and were clearly the better side bodes well ahead of Tuesday’s clash.

As was always going to be the case, Genk have struggled in Group E. They’ve struggled to impose themselves, scoring just five in five, which is the lowest total in the group, while they’ve also struggled immensely at the back.

There’s a lot to admire about the start Frank Lampard has made to life in the Chelsea dugout but the side have hit something of a bumpy patch of late. Following a 3-1 defeat at Everton at the weekend, the Blues have now won just one of their last five games and that’s not a streak they can afford to prolong on Tuesday.

Chelsea look good going forward but have real issues defensively, with both teams having scored in four of the west London side’s last five games now, as well as in three of their last four Champions League games. However, on paper, the hosts should have enough to win this match and, having already beaten Lille in France via a 2-1 margin, confidence can be high in getting the job done

Arriving bottom of the group with just one point to their name, Lille have nothing more than pride on the line at Stamford Bridge. Christophe Galtier’s troops are a powerful outfit in Ligue 1 but have found the step up to Champions League a very tall order and simply haven’t been competitive.

Having conceded 12 times in five matches, it’s clear where Lille’s problems lie in the competition and it’s hard to see improvement coming, given the side have lost four of their last five away games while conceding an average of two goals a match.

Nonetheless, coming in off the back of three straight wins and without any pressure on them, Lille could give Chelsea at least a slight degree of worry. The hosts will need to be switched on to secure victory.

It’s fair to say recent seasons haven’t been the easiest for Inter fans but the side finally look like competing at the top level once again. Antonio Conte has done an excellent job since coming in. Currently top of Serie A and with their last 16 fate in their own hands, Inter are running along nicely on all fronts this season.

Inter have already shown they can handle the weight of a big occasion in their last Champions League home game, securing a crucial 2-0 win over Dortmund. The side are looking rather powerful at the San Siro in general and have lost just once their all season, winning six times in the process, so confidence will be high coming into Tuesday’s game.

Already into the last 16 after collecting an impressive 11 points from their five group matches so far, there’s no pressure whatsoever on Barcelona in this game. For that exact reason, with a tough weekend match at Sociedad approaching, boss Ernesto Valverde is set to rest most of his big hitters on Tuesday.

Risking injury to Lionel Messi and co in what is essentially meaningless for the visitors would make no sense and with the games set to come thick and fast over the season, Valverde’s decision is fully justified.

After a 4-0 defeat at Bayern Munich and 3-3 home draw with Paderborn in league action, as well as a 3-1 loss at Barcelona in the Champions League, it’s fair to say Dortmund had been coming under pressure in recent weeks. Nonetheless, back to back wins away at Hertha Berlin and at home to Dusseldorf now have things back on the right track and confidence restored.

The hosts still stand a chance of reaching the last 16 but can afford no slip-up and even then they’ll be reliant on what happens in Italy between Inter and Barcelona. However, all BVB can do is focus on themselves and having already dispatched of Slavia 2-0 in Prague earlier on in the group and having won 5 of their last 6 home matches, confidence can be high in getting the job done

Dominating Czech football with their relative riches on the domestic scene may be one thing but Slavia are already guaranteed to finish bottom of this admittedly tough Champions League group. It always looked like a big ask for the side to compete against such powerhouses and though draws at Barcelona and Inter make for good reading, they are the only two points the visitors have collected.

On Wednesday, there will be some mouth watering games to look forward to;

Bayern Munich and Tottenham Hotspur close out their successful Group B campaigns against each other in Germany on Wednesday and, with little riding on the result at the Allianz Arena, supporters should be treated to an exciting, open contest. The Bavarians have already secured top spot in the section after their perfect run of five wins from five, and having demolished a full-strength Spurs outfit 7-2 in London in October, the Bundesliga champions will be confident they can complete the double over Tottenham this week.

With qualification already in the bag and a tough assignment against Wolves on the horizon, Spurs’ Head Coach Jose Mourinho has already hinted he is ready to make several changes to his team in Munich. That could mean fringe players Juan Foyth, Kyle Walker-Peters, Giovani Lo Celso, Oliver Skipp and Ryan Sessegnon all feature.

Having watched his team lose two Bundesliga fixtures on the bounce, interim Bayern boss Hans-Dieter Flick could resist any temptations to change his own XI around too much.

It all comes down to this final game for Leverkusen, who have just five points after five group matches. Being thrown into a group with both Juventus and Atletico, both of whom have been in recent Champions League finals, was never going to be easy; but the Germans would surely have been hoping for better. All is not lost just yet, though, as a win in this fixture could be enough to see them go through in second place.

In this competition, Leverkusen have struggled to get their noses in front, but they’ve been in good form domestically of late, winning each of their last two against decent sides such as Bayern and Schalke. Not only have they won their last two, they’re now unbeaten in four in the Bundesliga, which should mean they approach this fixture with confidence.

Unfortunately for the hosts, Juventus have been a tough nut to crack, so taking three points won’t be easy. Leverkusen must do better than when losing 3-0 in the reverse fixture. At least they’re now on home soil and facing a side that has already qualified.

Unlike the hosts, who’re probably feeling relatively anxious ahead of this make-or-break game, the visitors will be nice and relaxed, safe in the knowledge they’re through no matter what happens in Germany.

As most people expected, Juventus have made light work of picking up points in Group D. They’ve won four and drawn one of their five matches, conceding four and scoring 10 in the process.

In truth, Juve have exerted a certain amount of control over this group, and control is exactly what they did to Leverkusen when winning the reverse fixture by three goals to nil. On that occasion, the German side failed to get seriously involved, registering zero shots on target.

Though they’ve not won a game in the group, Club Brugge have probably done about as well as they could reasonably be expected to. A draw away at Real themselves and the share of the spoils with Galatasaray twice doesn’t make for terrible reading but the Belgians are still a long way off being fully competitive at this level.

With Galatasaray expected to lose at PSG, Brugge should drop into the Europa League no matter what happens in this game but winning it is the only way they can be sure. Nonetheless, without a win in five straight Champions League home group games, that’s not something that looks too likely and there can be no doubting the hosts are big underdogs in the clash.

Meanwhile, already guaranteed to progress into the last 16 via a second place finish, there’s little pressure on Wednesday’s game for Real Madrid. As such, the Spaniards could be tempted to rest some of their key players but with the immense quality they have, whatever team is fielded will be a strong one.

Zinedine Zidane had been coming under pressure earlier on in the season but Real’s form has notably improved in recent weeks and the visitors have real momentum behind them now. Indeed, Real are unbeaten in nine matches, winning seven times in the process and level on points with Barcelona in La Liga. Things are looking good across all fronts.

Below are the full list of fixtures for match day 6: