The head coach of the porcupine warriors, Kumasi Asante Kotoko, Samuel Kwesi Fabin has attributed his decision to resign from the team to the suspension of the league. Mr. Fabin earlier today tendered his resignation, citing among other thinsg, circumstances beyond his control. According to him, he also wants to allow enough room for his […]

Mobile telecom giant MTN Ghana has donated an amount of 10 thousand Ghana Cedis and MTN souvenirs plus other items towards the celebration of the Kuntum Festival of the Chiefs and People of Nsein traditional area in the Western Region. Speaking during the presentation, the Acting Regional Manager for the South-West Business District ,Mrs. Ann […] 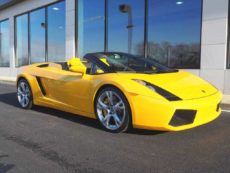 Head coach of the Black Stars Kwesi Appiah has explained why he started Kwadwo Asamoah from the bench in Ghana’s defeat against Kenya last Saturday. Nicholas Opoku’s 40th-minute own goal handed the Harambee Stars a narrow win in the AFCON qualifier at the Moi International sports center. FootballmadeinGhana.com broke the news of an injury the […] 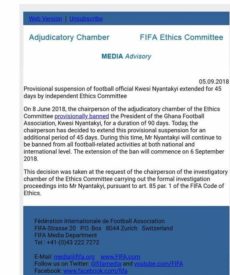