Those on half a pint of beer a day are 81 per cent more likely than teetotallers to reach a tenth decade. Women who drink similar amounts increase by a third their chance of reaching that landmark. Even blokes who consumed three nips of whisky or two pints daily — double the recommended NHS maximum […]

Fifty-seven (57) parliamentary aspirants of the New Patriotic Party (NPP) filed their nomination papers at the close of nominations on Thursday, February 20, to contest in 20 constituencies of the Greater Accra Region. Surprisingly, the incumbent Member of Parliament (MP) for Anyaa- Sowutuom constituency, Mrs Shirley Ayorkor Botchwey, also the Minister of Foreign Affairs and […]

Former Egyptian President Hosni Mubarak – ousted by the military in 2011 – has died in Cairo at the age of 91. Mubarak spent three decades in office before a popular uprising swept Egypt. He was found guilty of complicity in the killing of protesters during the revolution. That conviction was overturned and was freed […] 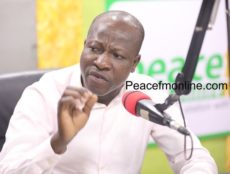 The General Secretary of the Convention People’s Party (CPP) James Kwabena Bomfeh Jnr. in his personal capacity has added on, to his earlier epistle on the resistance of some political parties with regards to the intended compilation of a new Voters Register for election 2020. BestNewsGH.com can report that in his first epistle on the […]

The Chairman and Chief Executive Officer of the McDan Group, Dr. Daniel McKorley says one of his cardinal objectives and that of his Foundation, the McDan Foundation is help create sustainable businesses through empowerment and entrepreneurship. Speaking at the Grand Finale of the McDan Entrepreneurship Challenge on Friday, February 21, 2020, Dr. McKorley averred that […]

A 42 year old man, known as Daniel Kwame Baah has been handed a 20 year jail term for impregnating his own 14 year old daughter. BestNewsGH.com is informed an Accra Circuit Court handed the suspect, a trader the sentence on Monday, February 24 2020, after he pleaded guilty to defilement and incest. The trial […] 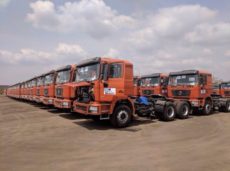 Dangote Group has in the last five years invested over N63bn in the South East with the purchase of over 3,500 units of locally assembled Shacman trucks at the production plant of Anambra Motor Manufacturing Company (ANAMMCO), Enugu. The order was delivered over a period of five years after Dangote Group signed an agreement with […] 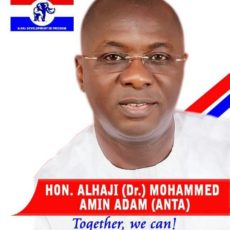 The Deputy Energy Minister Dr. Mohammed Amin Adam is cautioning chairmen of the governing NPP not to release money to an unidentified man claiming to be working in his stead to provide electrification materials for various communities in the northern region. In a post on Facebook a social media platform and sighted by BestNewsGH.com, Dr. […]

In a feat that took over 8 hours, former Marine George Hood reclaimed the male Guinness World Record for longest time spent in the plank position, the organization announced Thursday. Hood, 62, first set the Guinness World Record in 2011 with a time of 1 hour, 20 minutes and 25 seconds, according to a release. His new time – 8 hours, 15 […] 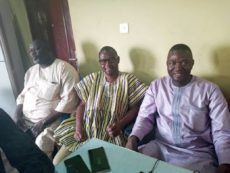 The Northern Regional Chairman of the ruling New Patriotic Party (NPP), Chairman  Adam Baantima Samba has indicated his readiness to rope in former Regional and Constituency Executives with a view to maximizing votes for the party in the Region in the 2020 elections. Chairman ‘Do All’ as he is affectionately called averred during a meeting […] 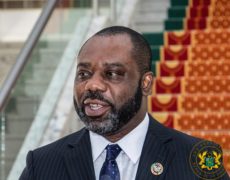 The Ministry of Education has denied media reports that suggest that the Minister for Education, Dr. Mathew Opoku Prempeh benefited from a scholarship from the GETFUND since he assumed office. A statement issued by the Ministry and signed by the Director of Communications, Vincent Assafuah and sighted by BestNewsGH.com read in part that “We are […]

The Public Relations Unit of the National Lottery Authority (NLA) has appealed to members of the Association of Lotto Marketing Companies to remain calm and exercise patience as the Board of Directors take the necessary steps and actions to address the illegal operation of *959# Mobile Game. According to a statement issued by the unit, […]