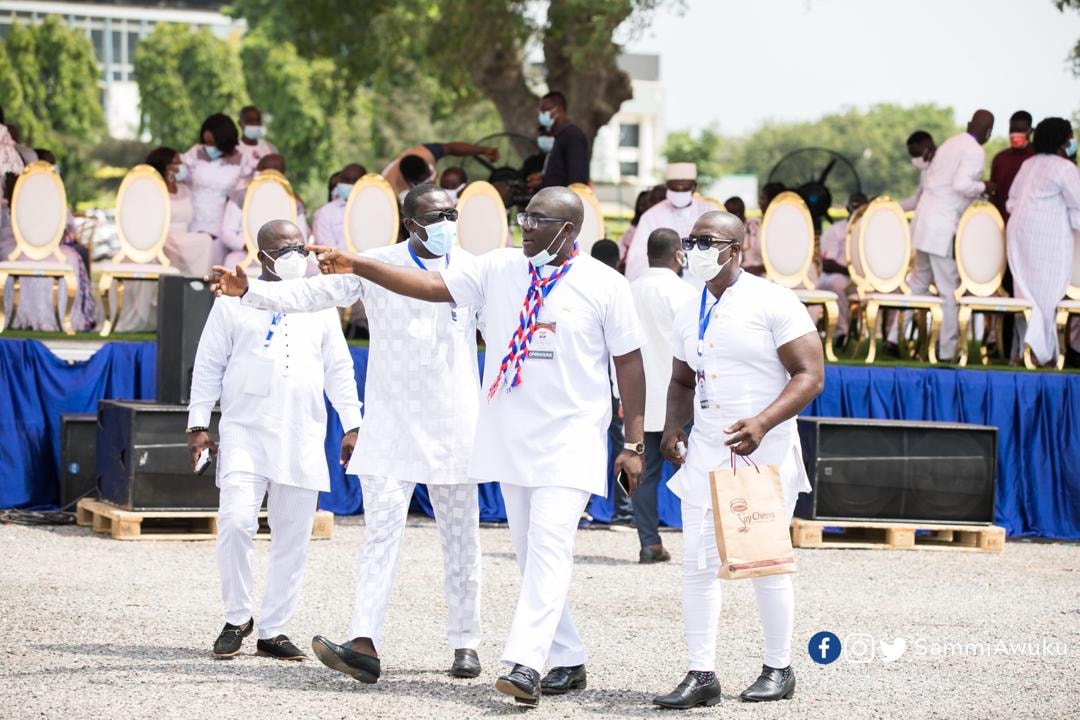 There are widespread calls from sections of the public for National Organiser of the governing New Patriotic Party (NPP), Mr. Sammi Awuku to be offered a hefty appointment as President Akufo-Addo assembles a team of appointees to form his next government.

These calls are coming from both within and without the governing NPP with the general consensus that Mr. Awuku is widely known for his tolerance, accommodation and support for all.

For example, just recently, Coach Opeele Boateng, a popular and renowned football coach described Mr. Awuku as an angel who exists on earth.

He made the description on his twitter page writing that “If someone should ask me do Angels still exist among humans I will say YES. @sammiawuku stay blessed’’.

It remains unclear what prompted or necessitated the show of gratitude of the football pundit to the iconic and charismatic NPP National Organiser, but it is believed that Mr. Awuku may have helped him in a special way.

Undoubtedly, Mr. Awuku has been at the forefront of lending help and support to many, especially the youth of the country.

Many have attested to the fact that the workaholic NPP National Organiser has impacted their lives, sometimes not minding which political party they belong to.

Mr. Awuku has over the years in his political life operated in a manner that has endeared him to all, including his opponents, most of whom have openly stated their admiration for him.

It is therefore not surprising that the former Central Regional Chairman of the opposition National Democratic Congress (NDC), Mr. Bernard Allottey Jacobs just a couple of days ago, publicly impressed upon President Nana Addo Dankwa Akufo-Addo to include Mr. Awuku in his cabinet to serve as the bridge between the Party and government.

Mr. Allotey on his social media page wrote “Genuine Advocacy Mr. President you will need Sammi Awuku on your cabinet to be a bridge between the party and government.”

In the same vein, scores of Members and supporters of the ruling party have sparked a campaign on social media, expressing their desire to see Mr. Awuku who is the Board Chairman of the Youth Employment Agency take up a higher role or position in the second term government of President Nana Addo Dankwa Akufo-Addo.

These people are resolute in their conviction that Mr. Awuku is a true grassroots politician who has the welfare and wellbeing of the party’s foot soldiers and grassroots supporters at heart.

They argue that the charming NPP National Organiser who has given an indication that he will not contest for the post of National Organiser at the Party’s next National Delegate’s Congress, has shown great commitment to the cause of the party through the years in various capacities and deserves to be rewarded.

A staunch supporter of the NPP told this website ‘’We have seen the way Hon. Sammi Awuku has carried himself in this political journey and it amazes even his opponents. He understands what it is to be a politician and we believe the time for him to enjoy the fruits of his labour is now. That is why myself and many others are calling on the president to appoint him into his cabinet. He will do the party, government and the entire country a great deal of good’’.