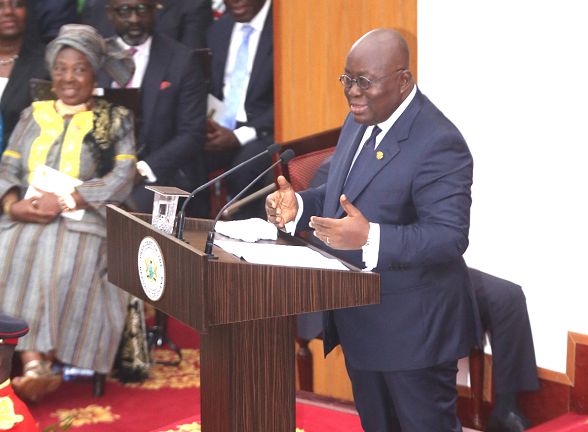 President Akufo-Addo has revealed that Cabinet has granted policy approval for the establishment of a National Flag Carrier (Home Based Airline) with strategic partner participation.

The most recent state carrier Ghana International Airlines collapsed in 2010 after the government’s withdrawal of funding. At the time, the airline claimed that the government was not simply refusing to provide money, but also preventing potential private investors from doing so.

This followed the failure of Ghana Airways in December 2004.

In his State of the Nation Address delivered on Tuesday, March,09, 2021, President Akufo-Addo however told the Chamber, “the House will be duly informed on developments in this area.”

The country’s location gives it a potential strategic advantage as a regional air hub for West Africa.

The Kotoka international airport has been renovated and expanded to include a new terminal following its potential for air passenger traffic growth.

Meanwhile, President Akufo-Addo says the construction of the second and third phase of the Kumasi Airport, second phase of Tamale Airport, and rehabilitation of the Sunyani airport, are all progressing steadily.

He added:” A decision on the siting of the proposed airport in the Central and Western Regions is imminent.”