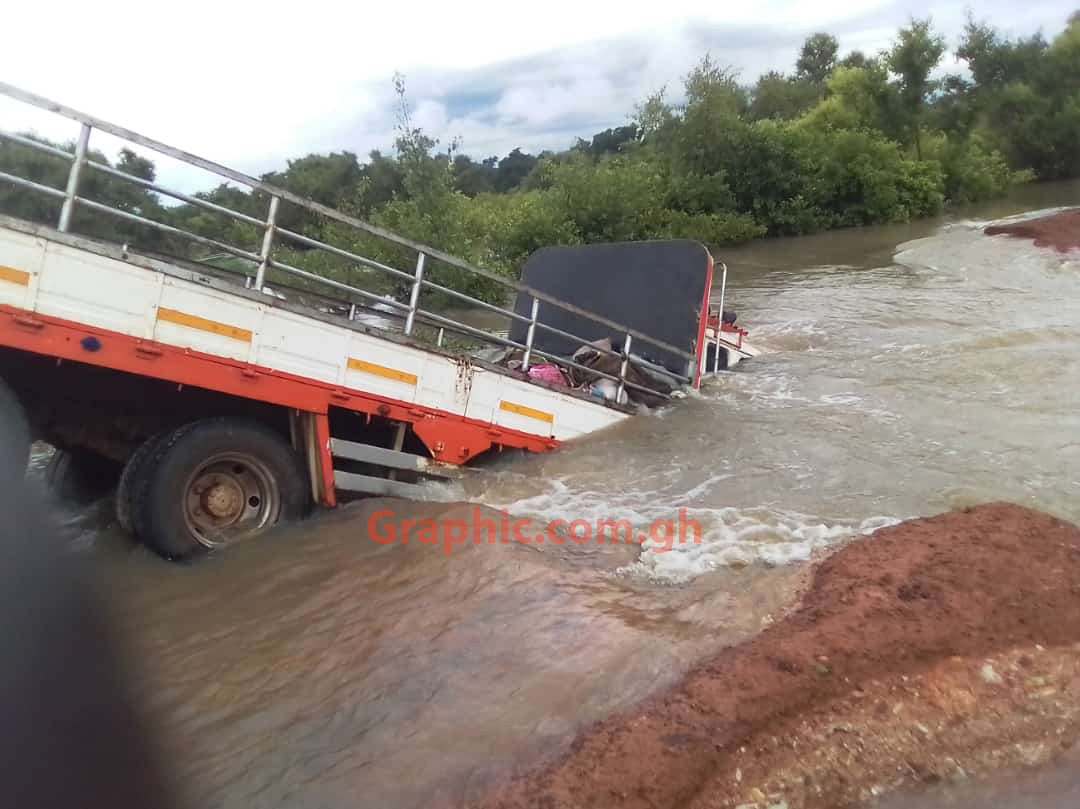 The Busunu-Tachali Bridge that links Busunu and Daboya in the Savannah Region remains inaccessible days after the torrential rains in the area.

Although the floodwaters from the Tachali River that submerged the bridge have receded, vehicles still cannot use the bridge because a portion of the road that was washed away has not been fixed.

An accident occurred close to the bridge last Saturday evening when a truck fell on its side as the driver attempted to drive across the bridge from the Busunu side of the road to Daboya.

Some residents of the area have, consequently, appealed to the authorities to repair the road to ensure the smooth and safe transportation of goods and people.

Speaking to the Daily Graphic, the residents said they were going through unbearable difficulties, and that only a quick response to their appeal to fix the road would save the situation.

The Savannah Regional Director of the National Disaster Management Organisation (NADMO), Mr Mohammed Tohiru, told the Daily Graphic that it was dangerous for vehicles to use the bridge.

“As you can see, vehicles cannot use the bridge and we cannot also use a canoe to cross the river due to the level of the water,” Mr Tohiru, who was present at the scene of the accident, said.

He added his voice to the appeal by the residents for the road to be fixed, as a matter of urgency, to enable safe passage for vehicles on the bridge.

He further called for the re-engineering of the road that connected the Busunu-Tachali Bridge to forestall a recurrence of the present situation.

Besides, the Tamale-Daboya road also remained permanently inaccessible because there was no bridge on the White Volta at Daboya, he added.

The government has made a promise to construct a bridge over the White Volta at Daboya to create an alternative route from Tamale through Daboya to the southern part of the country, but work is yet to begin.

Apart from the Daboya Bridge, the government has also made a commitment to construct two new bridges to replace the Buipe and the Yapei bridges over the Black Volta and the White Volta, respectively, in the Central Gonja district.

The construction of the bridges will provide smooth access from the Savannah, Northern, North East and Upper East regions to Burkina Faso, Mali and Niger.