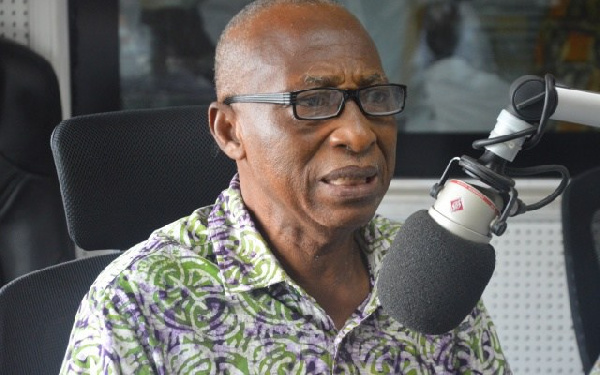 Former President J.J Rawlings appears to be rewriting what history says about him being rescued by Major Boakye Gyan from the jaws of death as he awaited his mutiny trial in 1979.

The retired Flight Lieutenant insists that contrary to the conventional accounts, both written and oral, Major Gyan did not lead soldiers to rescue him.

Responding to claims, on Joy News, by a former Squadron commander who was nearly killed during the June 4th uprising, Major Ibrahim Rida (Rtd) that other junior ranks including Boakye Gyan had staged a coup and picked Rawlings as their leader and face of the June 4th uprising.

“I have given cover to a number of uniformed personnel who were not brave enough for June 4th, December 31st and others. There you are, repeating some of the manufactured 40-year-old lies about Boakye Djan leading soldiers to rescue me. Let me assure you that guy never led any soldier to rescue any goat anywhere,” the former President said.

Rawlings led Ghana twice as a military leader from June to September 1979 and December 31 to January 7, 1993, before transitioning to a democratic President from 1993 to January 7, 2001.

Rawlings who has , over the years, fallen out with a number of his compatriots fell short of describing Boakye Gyan as a coward in his strongly-worded statement issued by the Communication Directorate of his office.

“You cannot be that ignorant of another claim, that he was directing the ’79 revolt from inside one of the Recce armoured vehicles?

“Even as the Recce armoured squadron was under siege and some of the Senior NCO commanders had retreated from engaging in the battle and waiting to join the infantry units, Boakye Djan had long escaped from his unit around 3 o’clock that morning of June 4th, when according to him he heard one of the soldiers cry out, “kill all the officers,” Rawlings explained.

Adding more flesh to Gyan’s conduct during the June 4th uprising, Rawlings alleged that the man credited for saving him actually fled to the bush behind the “5BN quarters and found himself crouching next to another Captain on the bush track and with the approach of dawn, the Captain said he headed east towards Tema where his parents lived while Boakye Djan headed westwards to Achimota school. I would dare him to invite the unnamed officer to deny or confirm what I’m saying.”

“It wasn’t until late that afternoon that he was fished-out of his girlfriend’s quarters by a detachment. As should have been expected, he refused to open up until Flt. Lt. Lee threatened to climb up and break down his woman’s door.”

The statement stated that warned Major Rida (rtd) not to push what it described as fabrications further as “many brave soldiers and officers have survived many fabrications and revisions of historical events in silence up to this point.

“Your deformed character always affected and took away from your personality the appearance of a fine soldier. You betrayed the trust of your own men and after all these years have resorted to resurrect yourself this way?

“The distrust and hatred that your behaviour evoked among the men made it unsafe to bring you back on board. I have covered up for a lot of personnel because I am not unaware of how courage can desert some of the brave ones,” Rawlings ranted.

That is not all Rawlings also observed that Major Rida’s stories about the events did not add up.

“I didn’t think someone like you in spite of some of your character defects would sink so low. Is it not odd that you have chosen now to come out? You had to wait till that generation of officers, passed out, passed on or retired.

The Major Rida (rtd) had described as a publicity stunt, Rawlings statement in court taking personal responsibility for the attempted overthrow and asking that his men should be freed.

That statement by Rawlings is believed to have endeared him to the public and led to the transformation of the image of Rawlings from a failed coup plotter into a public hero.

But Rida’s statement tickled nerves in Rawlings who accused his former compatriot of being an opportunist.

“You now find it politically expedient to come out with such mindless distortions because a lot of the actors from both the ranks and officers would have retired by now. Having been close to me you can now play the opportunistic card. If they didn’t know me for who I am, all that I said at the trial wouldn’t have ignited their emotions.

Your stories don’t add up and the current generation of officers and soldiers, I hope, can see through you and your kind. I didn’t think someone like you in spite of some of your character defects would sink so low.

“Is it not odd that you have chosen now to come out? You had to wait till that generation of officers, passed out, passed on or retired. You now find it politically expedient to come out with such mindless distortions because a lot of the actors from both the ranks and officers would have retired by now.

“Having been close to me you can now play the opportunistic card. If they didn’t know me for who I am, all that I said at the trial wouldn’t have ignited their emotions.

“Yes, I was an angry man. Ghana was on its knees and the real action was needed and I stood up to do a man’s job. You cannot reduce the story of June 4 to your illusions and pettiness! Cowards like you convince me evil has truly triumphed,” it said.