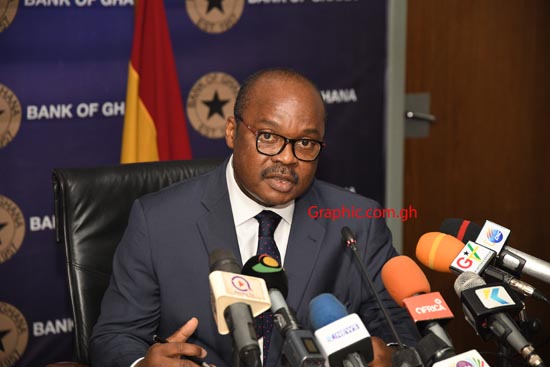 The country is set to inject about US$300 million from its share of the specially created free funds from the International Monetary Fund (IMF) into the 2022 budget.

The amount is a third of the US$1 billion interest-free and condition-free money that the country received from the IMF for being a member of the Bretton Woods institution.

It translates to about GH¢1.7 billion, using the Bank of Ghana’s (BoG) exchange rate of a dollar to GH¢5.86, and will not be repaid.

The allocation of a portion of the funds, known as special drawing rights (SDR), to budgetary support is expected to help ease the pressure on borrowing and boost spending to accelerate the economic recovery post-COVID-19 pandemic.

In August this year, the IMF, which is owned by 190 countries, including Ghana, raised its assets, technically called SDRs, by US$650 billion to be used to support members to fight the pandemic and build back.

The resources were distributed according to the shares of member countries with Ghana receiving US$1 billion, equivalent to SDR793 million. The funds hit BoG’s account on August 23.

Responding to questions on the proposed usage of the funds at the Monetary Policy Committee (MPC) press conference on September 27, the Governor of BoG, Dr Ernest Addison, said although the money was typically meant for balance of payment supports, the IMF was willing to allow member countries to apply part to their budgets.

“We have had some discussions with the government on that and as you know, SDRs are for balance of payment support but the IMF has decided that we may also use it for budget support. So, one has to make a judgement on where the pressures for the economy are and we agreed that we have to have very strong reserves.

“We also agree that, we have some strong fiscal pressures so we are ready to make about a third of that available to support the budget,” the Governor said.

Dr Addison said the central bank and the government were fine-tuning the modalities around the allocation to pave the way for actual disbursement.

He, however, said the money from BoG to the government would not be treated as central bank’s financing of the budget but as resources from the bank to help prosecute the fiscal agenda.

The IMF told the Graphic Business last month that the country was at will to decide how to apply the funds, except that the usage must comply with the principles of transparency and good governance.

The US$1 billion came without the usual conditionalities that normally accompany financial supports from the Bretton Woods institution.

It also came at a time when COVID-19-related expenditures had exacerbated the debt situation, widened the fiscal deficit and starved critical infrastructural projects of funds.