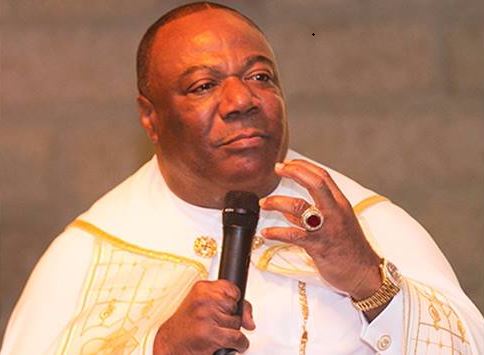 Sex can be used to bewitch Christians, Archbishop Nicholas Duncan-Williams has said

“You can be bewitched by sex”, the founder of Action Chapel International told his congregation on Sunday, 20 October 2019 during the second service.

He told the biblical story of how Delilah used her beauty to bewitch Sampson into revealing his secret source of strength.

“The sad thing”, Archbishop Duncan-Williams noted, “Was that he [Samson] knew that the woman was assigned to destroy him and the woman proved it to him over and over and over again that she was on an assignment to destroy him and yet the Bible said she persuaded him … she pressed him; pressure day after day after day after day until – listen to what the Bible says; I will show it to you – she vexed his soul unto death and he told her all his heart and the Bible said when she knew that he had told her all his heart, she sent a word to the lords of the Philistines that: ‘I have him now; send your best men to come, he’s finished’.

“What makes a man so strong, so anointed – by the jaw of an ass can kill a thousand skillful soldiers and by his empty hands, kill a lion – and yet cannot handle little Delilah? Bewitchment.

“… And the Bible said: ‘And she put his head on her knee’, or another says ‘on her thigh’. Where is your head lying? Some of you, you put your head everywhere. Samson put his head on the thigh of a Delilah and he didn’t wake up again. He lost his vision, lost his dream, lost his sight, lost his power, compromised his destiny and died prematurely”, he said.