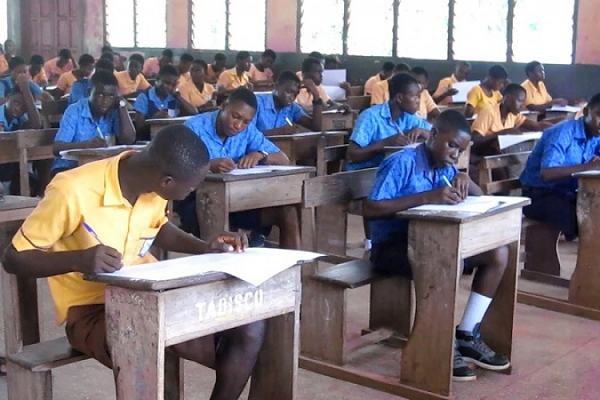 Some 62 foreign students have been stopped from sitting the Basic Education Certificate Examination underway across the country.

The students, Nigerians and Togolese, were stopped after authorities within the Ketu South Municipality of the Volta Region found, a Ghanaian headteacher had allegedly registered them for the one-week exams.

Innocent Agblevor, the headteacher of a private school, Kekeli Preparatory school in Aflao has been arrested, the MCE for Ketu South, Elliot Edem Agbenorwu said.

The MCE explained to JoyNews Correspondent Ivy Setordjie, the foreign pupils mainly from Nigeria and Togo, attended a Togo-based Faith Mission school from JHS1 to JHS 3.

But they were registered as Ghanaian pupils without any cumulative records detailing their academic history, the MCE for Ketu South said.

Enrollment, since the introduction of the policy in September 2017, has shot up by 90,000 more students. With enrollment up, so has government spending.

The government in the first year of implementation spent 800m cedis on the policy’s first batch of 361,771 beneficiaries. In the 2018 budget statement, some ?1.34 billion cedis was allocated for the implementation of the scheme, with funding sources from oil revenues, taxes, fees and levies.

The president Akufo-Addo has urged 2019 BECE candidates, who are more than half a million sitting the exams this week, to strive to lay hold of the promise of free education.

All students have to do is to score not more than aggregate 25. The foreign students were registered to take advantage of Ghana’s policy freebies.

Attempts by some foreigners to take advantage of citizens-only programs and policies have been a source of national concern.

Other West African nationals have been reported to have obtained passports and birth certificates.

In more recent times, a Nigerien was helped to register for the Ghana ID card. His Ghanaian collaborator who is a National Identification Authority official, was arrested.