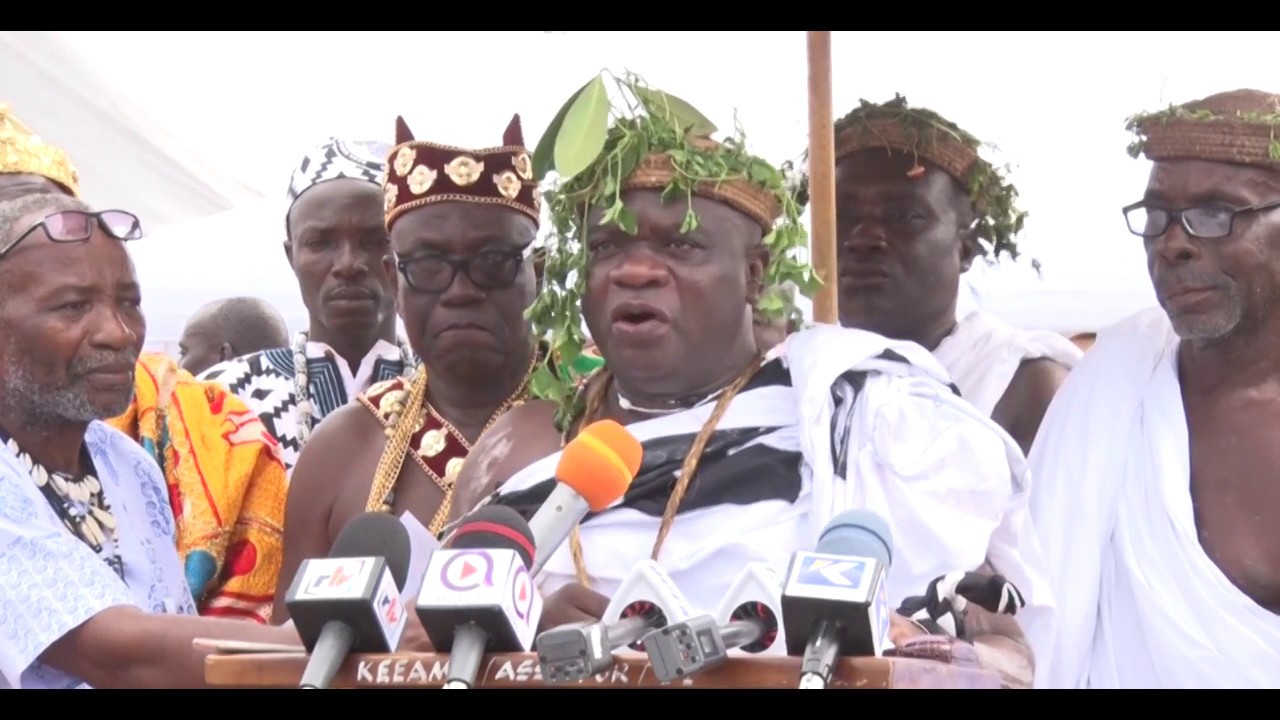 The Omanhene of Edina Traditional Area, Nana Kodwo Condua VI has revealed that his subjects survived on gari soakings during the ban on fishing.

According to him, he had no option than to feed parents and their wards within his paramountcy with gari, rice, sugar throughout the one month of closed season.

“While we think about increasing our fish stocks, we should have an action plan to help instigate the fishing communities during the period. During the closed season parents really suffered so I had to make sure that every Mondays and Fridays I shared gari, rice, sugar and ¢10 to needy parents and children to support them” he  revealed  during 2019 Edina Bakatue festival which attracted thousands of people from all walks of life.

Nana Condua charged the fishermen and fisher folks to as matter of urgency save money for the purpose of their livelihood in case anything happen to the fishing industry.

He challenged the fishermen to desist from the use of chemicals and small mesh for fishing to redeem the image of the fishing industry in the country and appealed to the government to as matter of urgency operate the closed Komenda Sugar Factory to help unemployed youth in the area.

While bemoaning the destruction of homes as a result of tidal waves which is affecting roads along the coast, he appealed to government for the construction of a sea defense wall for the people of Elmina.

The festival which was financed by the Ghana Tourism Authority (GTA) held under the theme “Buy made in Ghana goods; Use goods made in Ghana and promote jobs for the youth”.