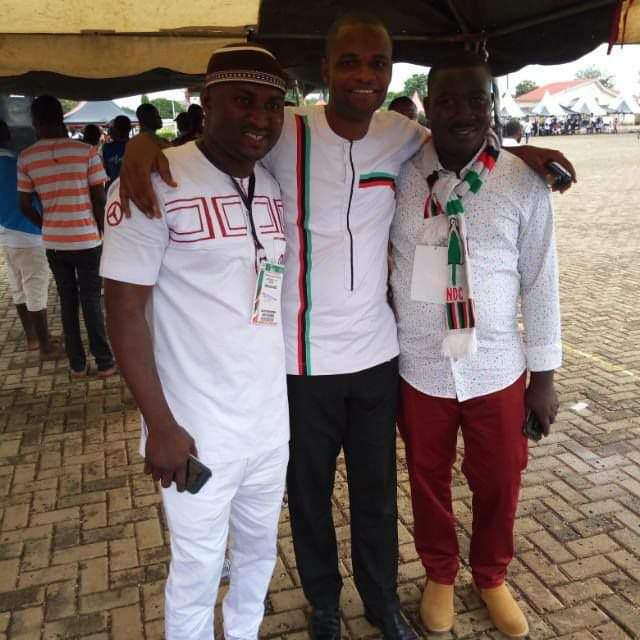 The youth wing of the opposition National Democratic Congress (NDC) in the Brong Ahafo region has commended the youth who attacked and vandalized properties at the church premises of Rev. Isaac Owusu Bempah, describing their action as bravery.

According to a statement released by the youth wing a while ago, Rev. Owusu Bempah has terrorized the country for very long time now with his predictions, which he calls, prophesies.

According them Rev. Owusu Bempah is a confidence trickster who thrives on such fake prophesies.

‘’This is a man who hates the NDC to the extent that every year he will predict the death of John Mahama and will as well support it with Mrs. Theresa Kufuor. Today, his so called prophesy has gone bad for him predicting the death of our peace loving Chief Imam and his Majesty the Asantehene’’ they argued further.

They want the immediate arrest of Rev. Isaac Owusu Bempah since he has become a threat to national security. 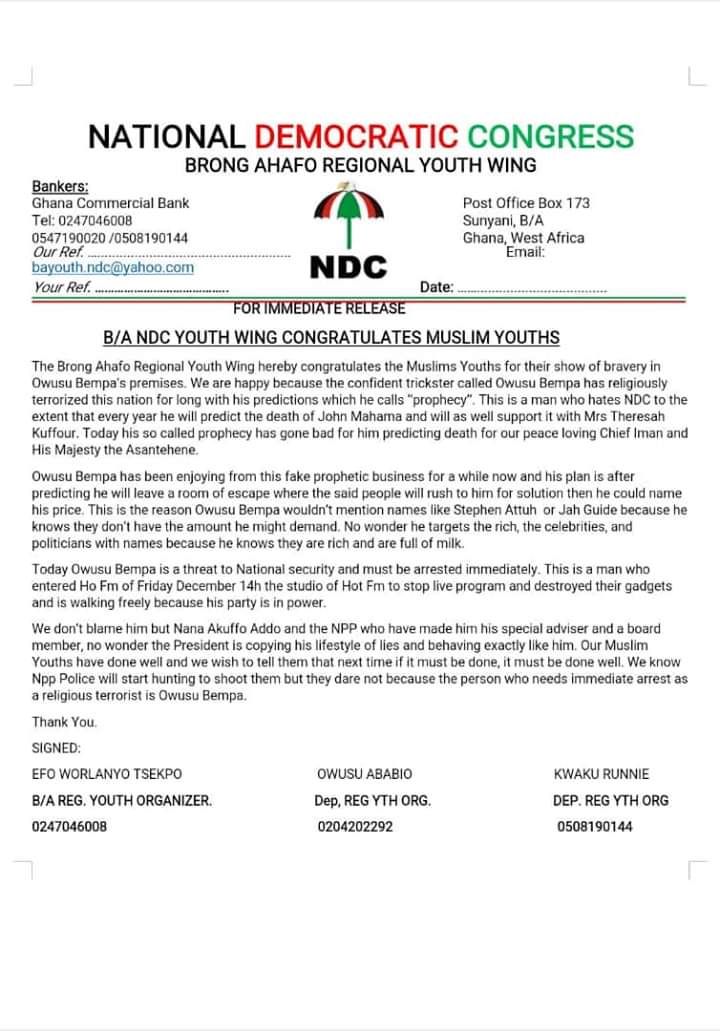