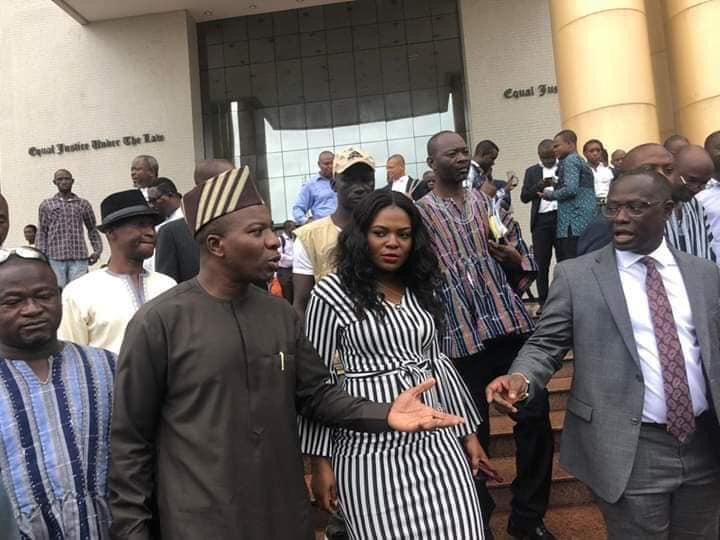 He says, he was invited to Parliament to meet the leadership of the house over what the House can do about the legal action taken against the NDC MP for Bawku Central by the state.

Speaking on Okay FM’s Ade Akye Abia programme, he explained that Parliament through the Special Prosecutor has received a tall list of parliamentarians, both NDC and NPP members who will be facing possible prosecution by the SP for various offences.

“So we are engaging him to see the modalities as to how they will appear before court because Parliament by the constitution has rules and regulations…you cannot just invite any of our members even on days that we are not sitting,” he stated.

An Accra High Court, on Tuesady morning ruled that that Bawku Central MP, Mahama Ayariga, must show up for trial whenever he is required to do so.

Justice Afia Serwah Asare-Botwe rejected a certificate issued by the Speaker of Parliament, Prof. Mike Oquaye, informing the court that the MP had work to do in Parliament.

There are two cases against the MP filed at the court relating to the procurement of ambulances for his constituents and tax evasion.

Mr Ayariga had earlier written to the Special Prosecutor saying he will be unable to show up in court due to parliamentary proceedings.

His lawyer, Godwin Tamakloe on Tuesday, told the court that Mr Ayariga is unavailable.

But Justice Botwe insisted that the case could not progress without the MP, and handed the lawyers up until 1pm to ensure he is present.

According to the High Court Judge, Hon Ayariga is obliged by law to stand trial in a criminal case filed against him by the Special Prosecutor. Justice Afia Serwah Asare-Botwe, pointed out that per Article 118 of the 1992 Constitution, MPs have immunity not to attend court in the course of their duty only when they have been invited to testify in court as witnesses.

According to her, since Ayariga is an accused person and not a witness, he is not immune to stand trial.