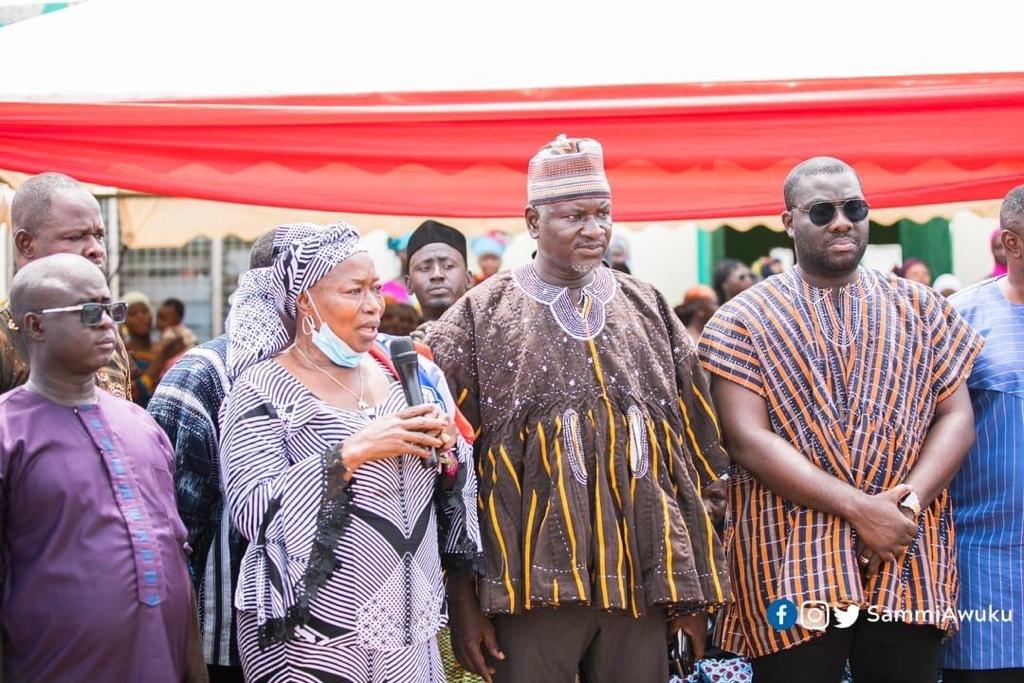 The National Organiser of the ruling New Patriotic Party (NPP), Mr. Sammi Awuku, together with the first National Vice Chairperson of the Party, Madam Rita Asobayire on Sunday October 25, 2020, joined the family, friends and sympathizers of the late Abu Kamara, the NPP Parliamentary candidate for Yapei-Kusawgu who died in a ghastly car accident last week, for the observation of the one-week adua, in accordance with Islamic custom.

Mr. Awuku described the late Abu Kamara as a hard-working man whose commitment to the cause of the NPP was resolute and unshakable.

Alongside the deputy Chief of Staff, Mr. Samuel Abu Jinapor, Regional and Constituency Executives of the NPP as well as Metropolitan, Municipal and District Chief Executives from the Northern and Savana Regions, the team expressed the sympathies and condolences of the President, Vice President and the entire NPP to the family of the later candidate.

They assured of the party’s unflinching support to the family. The team also impressed upon the people of Yapei-Kusawgu to honour the memory of the late Abu Kamara by voting massively for his successor and President Akufo-Addo in the upcoming elections.

The ceremony took in place in Buipe.