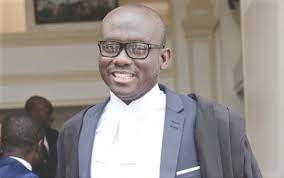 The Attorney General and Minister of Justice, Mr Godfred Yeboah Dame, has recommended the annulment of the 2020 parliamentary elections in the Buem Constituency to enable fresh ballots.

That, he said, would ensure that the constituents of Santrokofi, Akpafu, Likpe, and Lolobi (SALL) exercised their right to vote, and to be represented in the 8th Parliament.

The people of SALL did not vote in the parliamentary elections but participated in the presidential polls with the expected creation of the Guan constituency.

Responding to questions in Parliament Wednesday, Mr Dame said the constitutional instrument needed to create the new Guan constituency was with the Electoral Commission and would be laid in the House soon.

“Mr Speaker, the way to go if we want to achieve representation of the SALL areas in the lifetime of this Parliament is to ensure that proper areas that have been allocated within proper constituencies duly created by the law are given their right to vote in proper elections properly conducted to duly elect Members of Parliament,” he said.

Mr Dame explained that a proper election ought to be conducted to elect a Member of Parliament to represent all of the people in the Buem constituency, as mandated by C. I. 128.

Meanwhile, Mr Kofi Adams, the Member of Parliament for Buem, said the proposal by the Attorney General was a mark of the lack of government’s capabilities in handling the matter.

“Mr Speaker, this clearly shows that we have an incompetent government that was bestowed on us. This is not the first time we have had to amend our constituency boundaries. In each of those cases, we have never seen this level of incompetence.

“But this shows that the Government has been incompetent in handling our local government creation of the constituency. But for what he said, I see it as a joke. He was evasive with the real issues that came from his answers. But I am ready for any elections in Buem,” Mr Adams said.