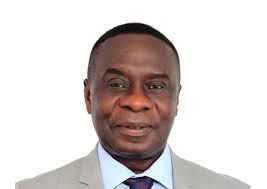 The National Democratic Congress( NDC) Member of Parliament (MP) for Assin North, James Gyakye Quayson, has been charged with criminal offences in relation to his alleged dual nationality when he contested the 2020 parliamentary elections.

The Attorney-General (A-G) has dragged Mr Quayson to the Accra High Court on five counts of forgery of passport or travel certificate, knowingly making a false statutory declaration, perjury and false declaration for office.

It is the case of the A-G that Mr Quayson allegedly made a false statement to the Passport Office that he did not hold a passport to another country when he applied for a Ghanaian Passport.

In addition, the A-G has accused Mr Quayson of making a false declaration to the Electoral Commission (EC) to the effect that he (Quayson) did not owe any allegiance to a foreign country when he filed to contest as candidate for the Assin North seat.

The case was expected to be heard Thursday, February 3, but the prosecution informed the court that all efforts to reach Mr Quayson to had proved futile.

The court therefore directed that a hearing notice should be issued and served on Mr Quayson.

Hearing is expected to be on February 9.