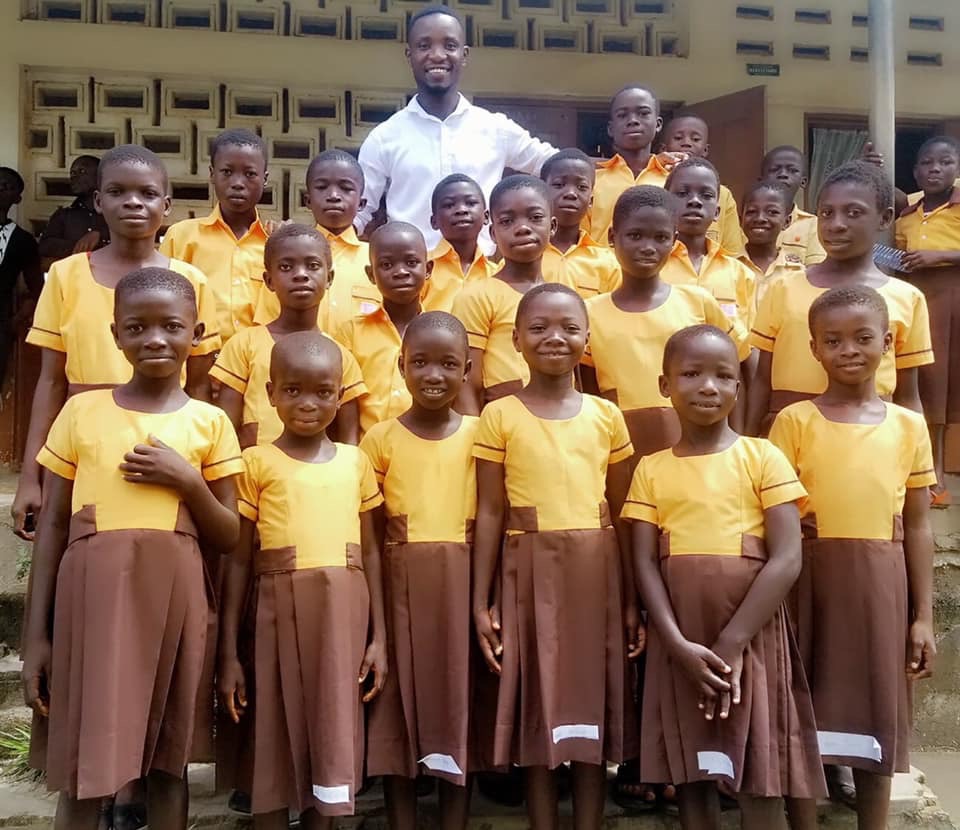 Comedian and social media sensation Michael Owusu Afriyie also known as Teacher Kwadwo has embarked on a philanthropic gesture by catering for the school uniforms of 18 needy pupils at the Akrofuom D/A primary school in the Ashanti Region.

Michael Owusu Afriyie who is a professional teacher at the Akrofuom D/A primary School donated his salary to sew the school uniforms for the 18 needy in his school.

Speaking to BestNewsGH.com, he said he was touched by the plight of the pupils and felt it was a way of giving back to society.

According to him, having come from very humble beginnings himself, he was fully aware of the unfortunate situation the pupils find themselves, hence his initiative to help keep them school.

He said education was the best gift any generation could bequeath to the younger ones, and stressed the need for every well-meaning Ghanaian to play a pivotal role in the education of the younger generation.