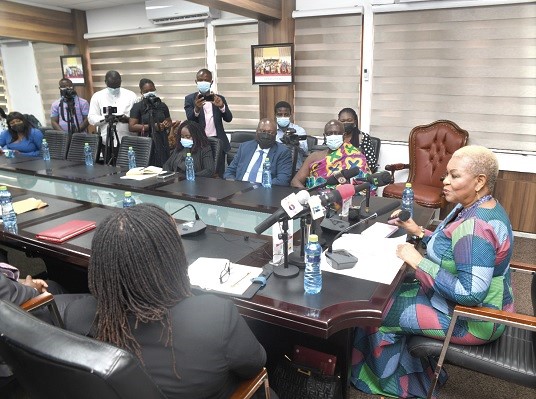 The Appiatse Support Fund Committee is hoping to begin disbursement of funds it has raised by March this year, to the victims of the January 20, 2022 explosion.

Consequently, the committee has called on Corporate Ghana and individuals to donate to the fund to achieve the objective of mobilising funds to help reconstruct the Appiatse community and restore livelihoods to the victims of the explosion that claimed 14 lives.

The committee was launched on January 26, and given the mandate to “raise sufficient funds and disburse same, using the highest standards of integrity and transparency” to the benefit of the victims of the Appiatse explosion.

The Chairperson of the endowment fund, Rev. Dr Joyce Rosalind Aryee, said although Ghanaians had commiserated with the victims of the explosion, the best way to show love and support was for all persons and institutions to give their widow’s mite to help alleviate their plight.

Providing updates on the committee’s work in Accra yesterday, the Ghanaian Stateswoman said the committee had opened two bank accounts with the GCB Bank PLC and Stanbic Bank into which the donations would be paid.

She said after the inauguration of the committee, organisations and individuals wanted to donate, but they were asked to hold on until a bank account was ready to receive the contributions.

“We have the accounts and now ready to receive all donations and contributions.

“The account name at GCB Bank PLC is Appiatse Support Fund with the account number being 101130036123, while the one at Stanbic Bank is 9040009974967. People can also make contributions using our website www.appiatsesupportfund.com or pay through our email: fundraise.appiatse@gmail.com,” she announced.

She added that aside from the payments through the bank and website, an arrangement had also been made for those who preferred to present their contributions to the committee.

Already, President Nana Addo Dankwa Akufo-Addo has made a personal donation of GH¢100,000 to the fund.

Dr Aryee further indicated that the committee had set aside days on which members would be available to receive donations that donors would want to make in person.

“We have set aside Monday and Wednesday every week as the day we will be available to receive personal donations at the Ministry of Lands and Natural Resources,” she intimated.

The government, through the Ministry of Lands and Natural Resources (MLNR), launched the Appiatse Support Fund to help mobilise funds from members of the public and institutions to reconstruct the Appiatse community, which was completely destroyed by the January 20 explosion.

The five-member board, chaired by Dr Aryee, who is also the Executive Director of the Salt and Light Ministries, has the Managing Director of CAL Bank, Mr Philip Owiredu; the Chief Executive Officer (CEO) of the Ghana Chamber of Mines, Mr Sulemanu Kone; the Paramount Chief of the Wassa Amenfi Traditional Area, Tetrete Okuamoah Sekyim II, and a social development research fellow at the Centre for Social Policy

Studies at the University of Ghana, Dr Antoinette Adjoa Tsiboe-Darko, as members.