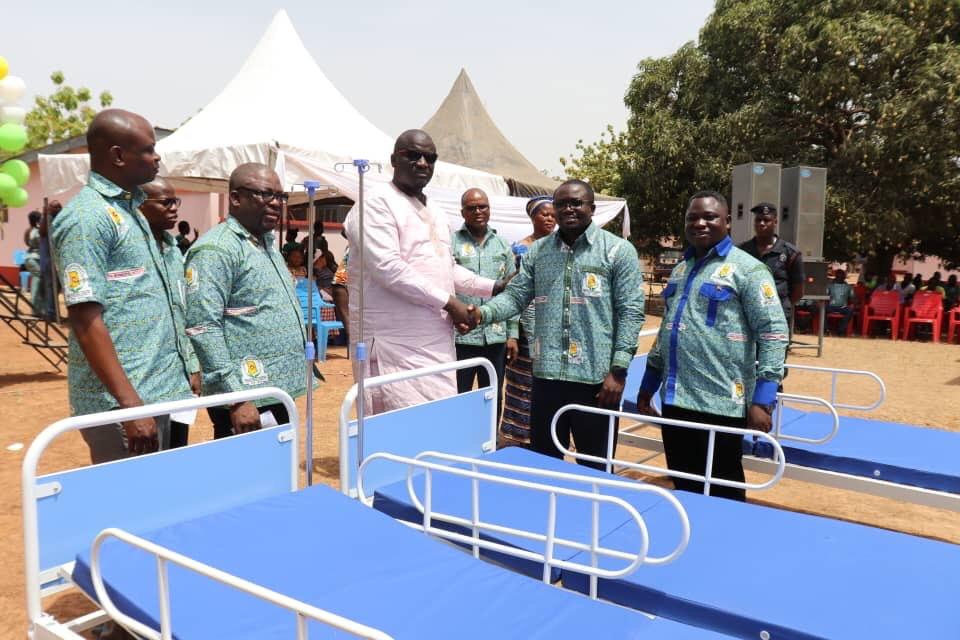 The Member of Parliament for the Lawra Constituency in the Upper West Region, Anthony Abayifaa Karbo has donated over fifty (50) hospital beds and another set of 50 mattresses to the Lawra Municipal Hospital to aid in healthcare delivery in the Constituency.

Mr. Karbo who also doubles as the Deputy Minister of Roads and Highways made the donation as part of the Lawra Municipal Hospital’s 90th Anniversary celebration which fell on Friday, March 22, 2019.

The gesture according to the Member of Parliament and Deputy Minister comes on the heels of a visit he paid to the facility some months ago and identified the lack of beds and mattresses as one of the key challenges that impeded healthcare delivery.

During that visit, Mr. Karbo promised officials of the hospital and some of the patients that he was going to take steps to provide the beds and mattresses to help ameliorate situation.

The Regional Health Director who was at the function received the items and handed them over to the Lawra Municipal hospital Superintendent, Dr Justine Dakura to be distributed immediately to the wards for use.