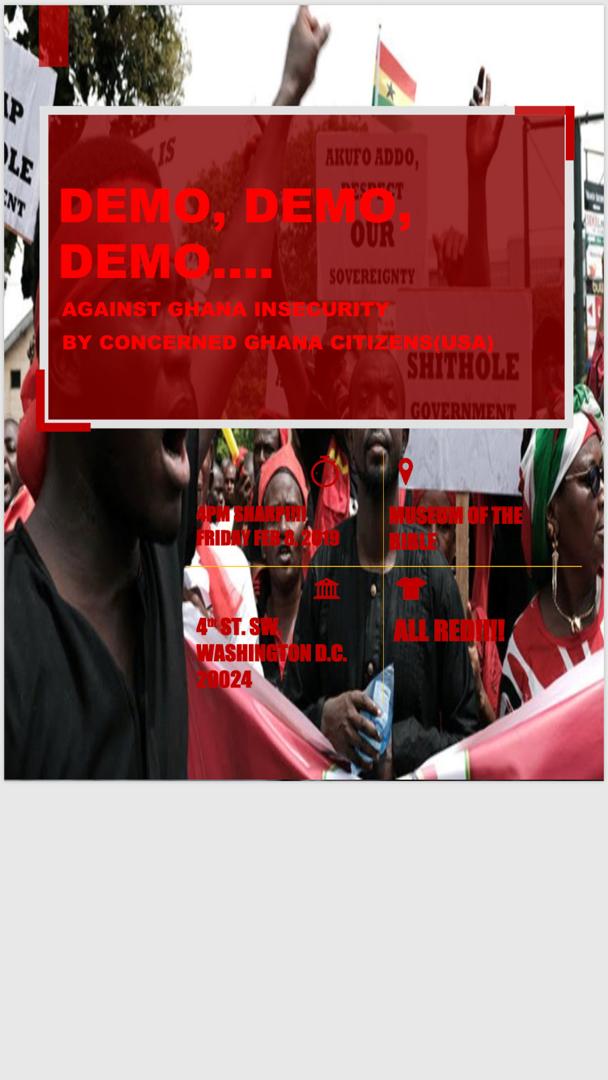 A group known as the Concerned Ghanaian Cirizens in the United States of America (USA) are staging what can easily pass for the Aagbe Wo demonstration that took place yesterday in Accra, in Washington DC, today, Friday February 8, 2019.

The group gave the reasons for the demonstration, billed to take place at the 4th street in Washington D C at 4pm today as the growing insecurity in the country.

According to a leader of the group, the murders and kidnappings and general insecurity in the country are the main reasons why they are staging the demonstration.

He said they have sought a police permit as well as protection for the demonstration and that Authorities in the city are well aware of the intended action and will deploy men to guard them.

‘’We have a permit, this is not any illegal thing we are doing. The Washington Police are coming to guard us and so no one should be afraid. The killings, kidnappings and armed robbery among other ill vices are becoming one in too many in the country. You can’t go to Ghana today because as soon as you alight from the aircraft, criminals will attack you and take your hard earned money from you. That is why we must stage this demonstration today, to tell President Akufo-Addo and his government that those of us in America are not happy with him at all. We must present our petition to him’’ he said.