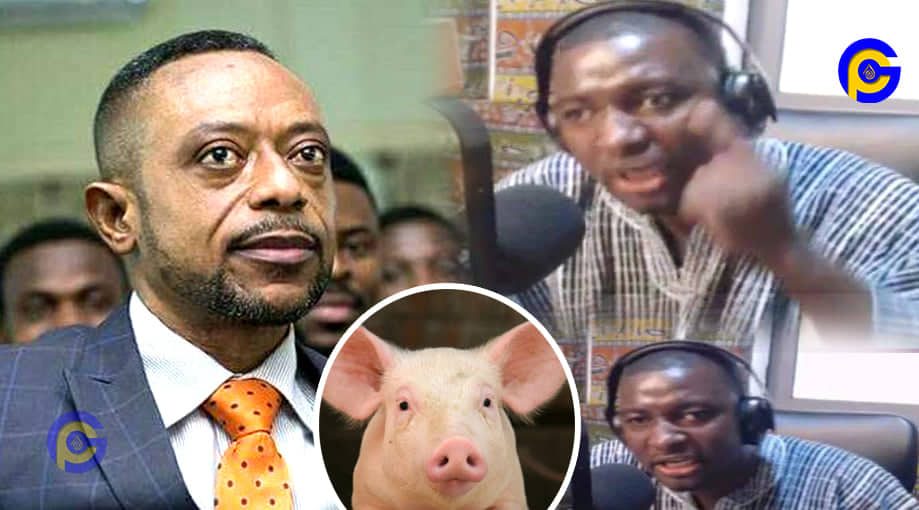 Founder and Leader of the Glorious Word Power Ministry International, Rev. Isaac Owusu Bempah Says he will go any length to defend his name and integrity and that of the President, Nana Addo Dankwa Akufo-Addo and will not allow ‘idiots’ like broadcaster with Radio XYZ, Mugabe Maase to insult and ridicule him and go scot free.

The controversial Pastor who stormed the premises of the Radio with thugs to attack the radio presenter for making derogatory remarks against him and the president said he is not the type that allows such acts to pass and that he will respond in equal measure when provoked.

According to him, he went to radio station to ask Mugabe why he insulted him and the president and to teach him to respect elders.

It would be recalled that on last week Friday, Mugabe Maaase descended heavily on the NPP on his afternoon show “Inside Politics” for planning to kill Manasseh Azure within eleven months’ time.

He alleged the NPP will kill Manasseh Azure for exposing them within eleven months if the security agencies do not protect him.

“If the security agencies do not protect him they will finish him, they will get rid of him, I speak without fear or favour, this is a gift God has given to me”.

He added, “The fake ones (Prophets) can come out and say whatever they like but I’m speaking in the spiritual realm. Manasseh Awuni, I am speaking to your parents and I’m not speaking as Mugabe but the Holy Spirit is using me”.

“I’m repeating, if the security agencies do not protect him, the NPP will kill him as they did it to Ahmed Hussein Suale. The truth is one and as for me they can’t touch me and if you try me you will die first”, he said confidently.

In an exclusive interview with the reporter, Rev Owusu Bempah said he went to the station to look for Mugabe Maaase to explain to him why he called him a fake pastor and idiot.

He, therefore, debunked a report going round that he stormed the station with National Security Operatives to assault Mugabe Maaase.

“It is not true that I (Owusu Bempah) went to the station with National Security Personnel to assault him, let me put on record that I went there with my brothers and I also stay behind the building of Radio XYZ so this morning we went there to see Mugabe Maaase”. he added

The Radio XYZ reporter referred to Owusu Bempah as a bleached pastor who looks like a pig and that he (Owusu Bempah) prophesied someone will die at peace FM and as a result, the management of the said station stopped inviting the man of God on their programs.

“Owusu Bempah has married four women and divorced them. He is a magician and I dare him to come out because he stays at the back of Radio XYZ building”, he alleged.

In his statement, he went on to dare anyone who tries to attack him both physically and spiritually adding that he (Mugabe) is well fortified