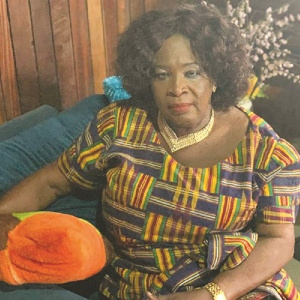 Joyce Mahama, President of the Women Sports Association of Ghana (WOSPAG), has announced that the Ghanaian game of ‘ampe’ has been adopted as a traditional sport for the 2023 Africa Games (AG) competition to be held in Ghana.

Consequently, she disclosed that the association would soon be in Togo and other African countries to promote the sport.

Ampe is a traditional sport played in Ghana mostly by females with clapping, jumping and counting as the basic features.

It is a very popular game played, especially, by young girls and creates a lot of fun and ends in friendship.

Ampe is a game that is appreciated by the Ministry of Youth and Sports, National Sports Authority (NSA), Women Sports Association of Ghana (WOSPAG) and the Ghana Olympic Committee (GOC) and is being currently pushed to be recognised internationally, hence its consideration for the first time at the African Games which Ghana hosts in 2023.

In Benin, ampe is referred to as Bountou, and is considered a growing sport in the country with many clubs.

Mrs Mahama has, therefore, called for collaboration among stakeholders of the sports in Ghana and Africa as a whole, to spread the sport to other African nations.

According to the President of WOSPAG, there was the need for a coordinated and regularised regulation for the sport across the continent to make it acceptable.

Mrs Mahama made the disclosure to the Times Sports in an interview on her return from the fourth edition des Olympiades Bountou in Cotonou, Benin.

The three-day event, which was held at the national stadium, Stade de l’Amitie with 20 clubs from the country participating.

It was organised by L’Association Bountou Sports with the assistance of the Local Organising Committee (LOC).

She said unlike Ghana, the Beninois have made a few additions to the game with its officials using flags to signal cautions and point at winners.

“In Benin, they marked the floor of the game colourfully with their national colours and sometimes sing their national anthem before playing the game,” Mrs Mahama stated.

She said the event was an eye opener as it also exposed them to the rudiments of the sport.

The president of WOSPAG disclosed that Ghana was planning to host the next Women in Sports Congress for the Africa Zone 3 for the first time.

The congress, according to her, would educate and promote female sports advocacy on the continent.