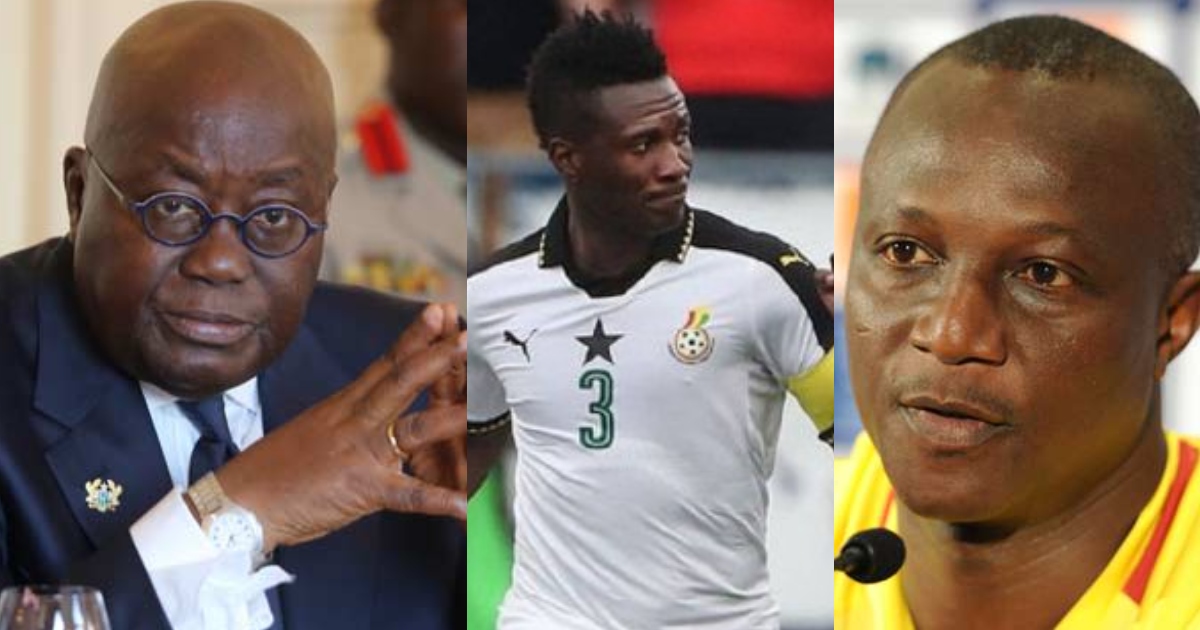 Under-fire Black Stars coach, James Kwasi Appiah, has been summoned to an emergency meeting at the Jubilee House over the sudden resignation of the captain of the senior national team, Asamoah Gyan, on Monday afternoon.

Gyan stirred controversy by announcing his unceremonious retirement from the Black Stars via Twitter on Monday at a time Ghanaians were eagerly waiting the announcement of a provisional squad for a training camp in Abu Dhabi on June 1.

According to Graphic Sports Online investigations, Gyan decided to retire from the Black Stars entirely when Coach Appiah communicated his decision to him to make him the general captain of the team.

Inside sources revealed that the coach had opted to make Andre Dede Ayew the new captain to lead Ghana to the AFCON 2019 tournament in Egypt next month.

However, Gyan, who is the most successful player and top scorer in the current Stars set-up might felt slighted by the decision which came barely a month to the tournament.

The brouhaha which followed Gyan’s retirement has compelled the Ghana Football Association (GFA) to hold on with the announcement of the provisional list until the outcome of this morning’s meeting at the presidency.

It will be recalled that President Nana Akufo-Addo called Gyan and Dede to a meeting at the presidency last year in a bid to reconcile them as part of plans to win AFCON 2019 after a 37-year wait.