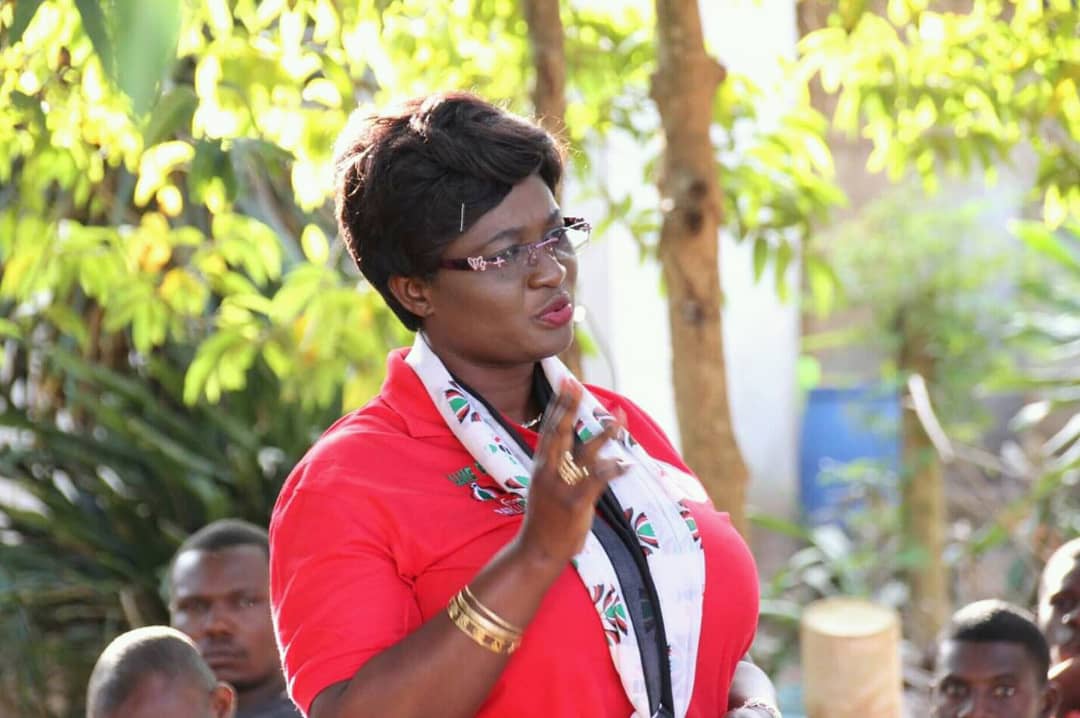 The  Deputy National Women Organizer of the opposition National Democratic Congress (NDC), Maame Efua Sekyi Addo has revealed that  instead of President Akuffo Addo building Universities and Senior High Schools like Former President John Mahama did, he has rather mastered the art of renaming existing ones after his family members.

She made these remarks while delivering a speech at a symposium organized by the Tertiary Education Institutions Network (TEIN) of the Koforidua Technical University.

Maame Efua as she is affectionately called, explained that “every leader must stand for something” and her assessment of the Akuffo Addo led government over the past two years, reveals that President Akuffo Addo as a leader, stands for vigilantism, nepotism, broken promises, tyranny and abuse of public office.

She further indicated, that the President is insensitive to the plight of the ordinary Ghanaian.

The NDC Women Organizer promised the students of a better future when H.E John Dramani Mahama is elected President of Ghana in the 2020 General elections.

She stressed that H.E John Dramani Mahama is the hope for a better future and therefore needs to be given another chance to continue the good works he was doing.