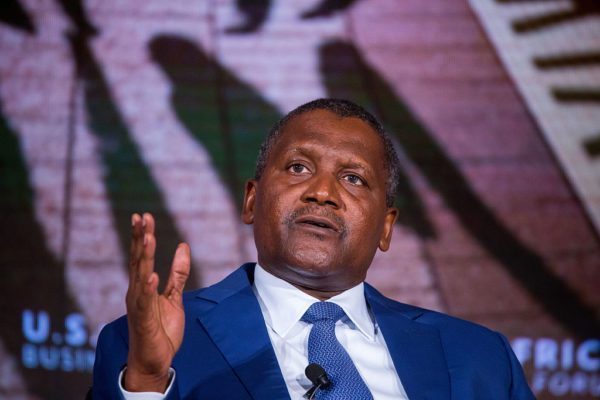 Speaking at a forum organized by the Africa Center for Economic Transformation (ACET), the Executive Chairman of the Dangote Group said the continent needs the likes of president Akufo-Addo to get out of its current state and quagmire.

In his estimation, if the continent is able to get about 20 of the Ghanaian leader’s type, Africa will be transformed tremendously.

“We do not need to have all 54 countries to have visionary leaders. What we need is a maximum of 20 of the likes of the presidents of #Ghana, #Rwanda and Côte d’Ivoire,” Dangote noted.

President Akufo-Addo’s government’s policies of Free Senior High School and the One District One Factory initiative, coupled with his vision of a Ghana Beyond Aid seems to have endeared him to many across the globe.

Aliko Dangote, Africa’s richest man, founded and chairs Dangote Cement, the continent’s largest cement producer. He owns nearly 85% of publicly-traded Dangote Cement through a holding company. Dangote Cement produces 45.6 million metric tons annually and has operations in 10 countries across Africa. Dangote also owns stakes in publicly-traded salt, sugar and flour manufacturing companies. Dangote Refinery has been under construction for three years and is expected to be one of the world’s largest oil refineries once complete.