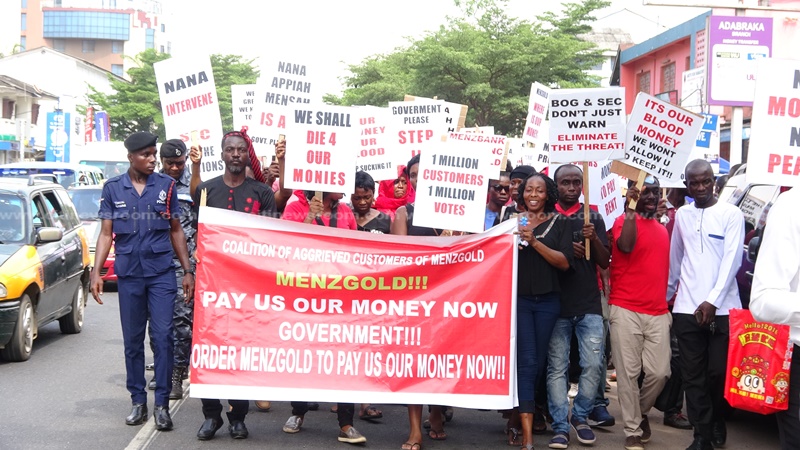 The Coalition of aggrieved Customers of Menzgold have accused government of being responsible for the collapse of the gold trading firm.

According to them, government must accept culpability for sitting aloof and watching things degenerate to such levels before making efforts to remedy the situation.

Leader of the group, Timothy Binob said they put the collapse of the company squarely on government for refusing to act timeously, adding that but for the interference by the Securities and Exchange Commission and the Bank of Ghana and by extension government, they were enjoying their dividends and were satisfied with the company’s operations.

‘’We are not going to relent at all because for government to declare that it will not pay us a dime, tells us how insensitive it is to this matter. It has shown gross indifference towards us and our people are dying every day. Many have been hit by stroke and high blood pressure among other diseases. We believe the plan of government is to kill us after it has succeeded in killed the company’’ he said.

He said the customers are not enthused about the alleged arrest of the Chief Executive Officer of the company, Nana Appiah Mensah, explaining that they are fixated at the getting their monies back and are not concerned about whether or not the CEO has been arrested.