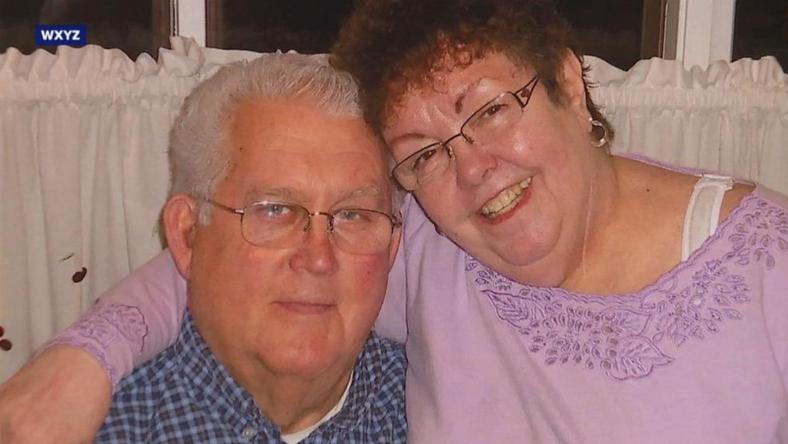 According to Briefly.co.za, both Judy and Will Webb were 77 years old before their death.

It is reported that Judy fell ill in December last year after contracting an infection. She was later placed on a respirator, following adverse reaction to the treatment.

Surprisingly, her husband, Will also developed the same medical condition and both of them were placed in the same care home.

The two Michigan love birds who were reportedly inseparable throughout their over six decades of marriage had spent time in separate hospitals before, and according to their daughter, MaryBeth they did not want to live distance away from each other in the latest medical issue that eventually led to their demise.

She is reported as saying her parents met each other at age 14 When Will Webb enlisted in the U.S. military, and Judy kept writing letters to him.

“They just became friends and have been together ever since,” she said.

Friends and loved ones are currently extending their condolences to MaryBeth. It is unclear if she is their only child.

One Vivkie Deason-Webb wrote: “I still remember the first night I met them at your house, and we played cards. Such a great pair. I’m so glad they are in a room together. Makes my heart happy and sad, both at the same time.”

Another one, Teresa Sturgill also wrote: “The absolute best love story I had my whole life getting watch.”

The love story of Judy and Will Webb is indeed unique and inspiring.

Judy and Will Webb, Michigan, US Military