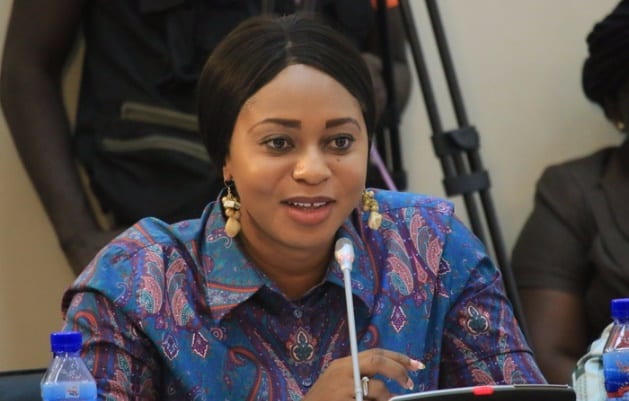 JoyNews understands that MP for Dome-Kwabenya, Sarah Adwoa Safo has failed to appear before Parliament’s Privileges Committee to answer questions on why she has been absenting herself from proceedings of the House.

According to JoyNews sources, although none of the Committee Members or administrators have personally reached the MP, they have sent her invitation and the video conference link to her known addresses in Ghana and abroad. The invitation was also sent he Ms. Safo’s email addresses and contacts close to her, but to no avail.

The Committee, which sat today, waiting for her to heed the summon but for close to two hours, the Dome Kwabenya MP did to make an appearance.

Earlier, in an exclusive interview with JoyNews, Ms. Adwoa Safo stated that she will resume her duties as an MP and Gender Minister when her son is fit and healthy.

According to her, she is taking care of her unwell son in the United States and has to ensure all is settled before she returns to the country.

She explained that she has served her constituents for the past 12 years and will not abandon her duties as a Legislator.

“I will be returning definitely to serve my people. I lead and serve the people of Dome-Kwabenya and I have done that for the past 12 years and I know exactly what my responsibilities are and I am definitely going to do that.

“As you know, my son is unwell and has to transition to school, so I have to ensure that all that is settled before I can resume my duties and that is exactly what I am doing,” she said.