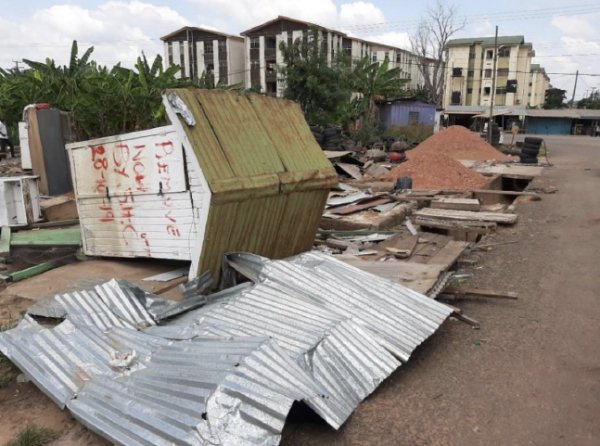 A group of residents of Ala-Lomo and Aprotech Street at Bridge junction in Adenta have petitioned the Adenta Municipality Chief Executive to stop the ongoing construction of a private building project.

They say the project which is being built on the greenbelt, near a storm drain causes the area to flood as it is on a waterway.

The greenbelt and storm drain in the area is meant to help floodwater move downstream, away from the community.

But recent torrential rains on November 10 had nowhere to flow to.

The water simply filled the foundation trenches on the construction site and also flowed backstream causing flooding due to blocked drains, gutters, and land erosion.

According to the petitioners, the private developer responsible for the building project is retired DCOP of the Ghana Police Service, Moses Atimbilla.

They claim he has not been able to show a building permit or title deed for the land on which he is building at Bridge Junction opposite SSNIT Block 79 at Housing-Down, in Adenta.

Several other people have also claimed the land to be their own. 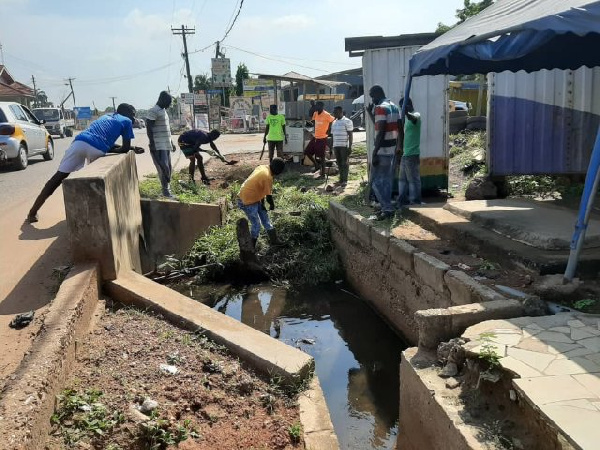 Dr Aryee-Boi, a concerned community member and structural engineer, who leads the petitioners, in a campaign against building in waterways, rallied community residents to clean-up the mess left behind by the floods.

The group of residents also demolished shack structures sitting on the greenbelt that were used for small businesses.
Dr Aryee-Boi is also calling on the Urban Roads Department of the Adentan Municipal Assembly to make themselves available in the local area to clear the pipe culverts that require special tools and skills to help avert future flooding issues in the area. 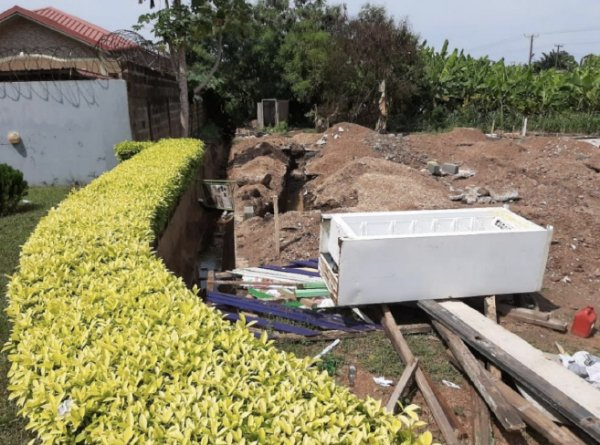