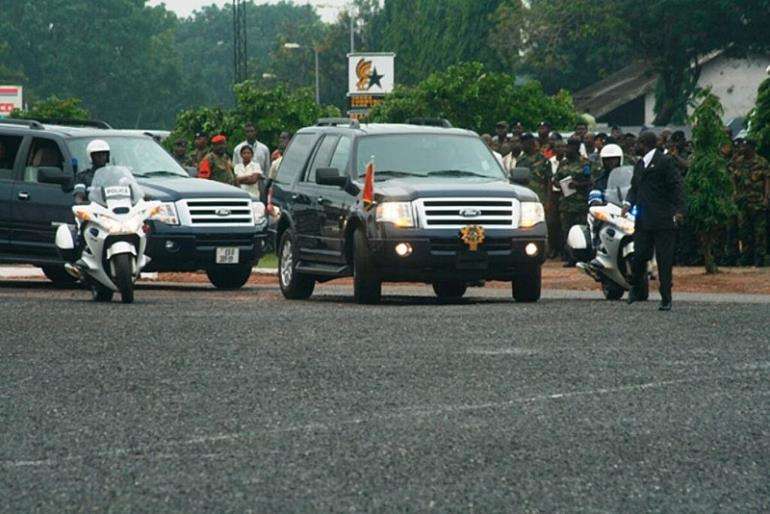 The man who attempted committing suicide by jumping into the moving convoy of president Nana Addo Dankwa Akufo-Addo has been granted bail to the tune of 20 thousand Ghana Cedis by an Accra High Court.

Seth Nana Amovi committed the dastardly around the Ako Adjei interchange and was briskly apprehended and sent to the Nima police station who have since began investigations into the matter.

Statements taken from the accused at the Nima police station revealed that he tried to petition the President on the hardship in the country as a youth but to no avail, hence his actions on August 7, 2018.

He had a letter with suggestions to the country’s problems such as taxing churches and private cars to raise money to resolve the problems.

He had reportedly hidden close to the Jubilee House, awaiting the President’s convoy.

In court, the Prosecution said Amowi started hitting the President’s car and lay on the bonnet, and it took the security a great effort to get him off the way.

He is to reappear before the court on 26th September.