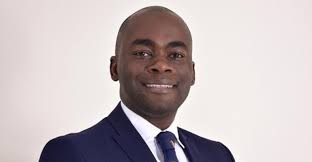 Access Bank has recorded an increase in profits by 23% to GH₵72 million from GH₵58 million in 2017.

These figures were made public at Access Bank Ghana’s 11th annual general meeting (AGM) to consider and adopt the Statement of Accounts for the year ended December 31, 2018.

At the AGM, shareholders commended the bank for meeting the new minimum capital requirement set by the Bank of Ghana and improving its performance in the year under review.

The bank was again applauded for championing sustainable banking in its decade of operating in Ghana and committing to positive social and community impact.

Board Chairman of Access Bank Ghana, Mr Frank Beecham, in his remarks, said that the bank’s performance in 2018 reflected good prospects as indications on the horizon continued to show growing potential and increased earning capacity.

Mr Beecham stated that the board was unable to recommend the payment of dividends to shareholders as it was duty-bound to uphold prudential guidelines from the regulator and its own internal guidelines. He was, however, confident that the decision of the board will enable the bank deal adequately with loan impairments and legacy issues.

“We have made a good start to the 2019 financial year and are positive about our ability to declare dividend payouts to shareholder in the new financial year,” he concluded.

Speaking to shareholders at the AGM, Managing Director of Access Bank Ghana, Mr Olumide Olatunji referred to the past year as a period of growth towards the achievement of the bank’s strategy to become Africa’s gateway to the world and one of the leading retail banks in Ghana by 2022. He added that the bank made steady progress across key strategic imperatives as it consolidated the wholesale and retail banking business to deliver more value.

Shareholders approved all resolutions on the agenda, which included the re-election of the board directors of the company, appointment of a new auditor, and authorising directors to fix the fees of the auditors. At the end of the meeting, shareholders adopted the 2018 audited financials as presented by PricewaterhouseCoopers for the period.

Since 2009, Access Bank has demonstrated a strong commitment to sustainable business practices driving profitable, sustainable growth that is also environmentally responsible and socially relevant. The bank is also leading the way with investments in key sectors of the economy, including telecommunications, energy, oil and gas, manufacturing and agriculture.