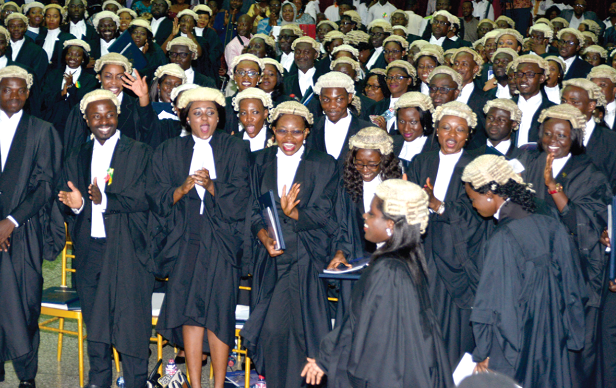 There is fresh trouble brewing at the Ghana School of Law as lecturers of the school have threatened to resign en bloc following a mass failure of students who took part in the bar exams organised by an independent examination council.

Lecturers, including Justices of the Supreme and Appeals Courts, together with some seasoned lawyers are livid over what has been described as the worst Bar exam results recorded in the history of the school.

Only 9 percent of the students are said to have passed the exam.

In 2018, students took a series of actions when the Bar examination results were also poor.

More than 80% of students who wrote the examination in May 2017 failed, as only 91 out of the over 500 candidates passed.

Almost 300 students had to repeat the entire course, whilst 170 students were referred.

At the time, many of the students blamed the Independent Examination Board for the mass failure whilst others blamed the existing curriculum.

Now, the lecturers, according to Citi News sources, have given the General Legal Council up to next week to review and collate the exam scores, reduce the exorbitant cost of re-marking from GHc 3,000 to GHC 500 per paper, and to cancel all questions set from outside the course manual.

This ultimatum came after an academic board meeting held on Tuesday.

If these demands are not met, the lecturers say they will boycott classes for two weeks and subsequently resign en bloc.